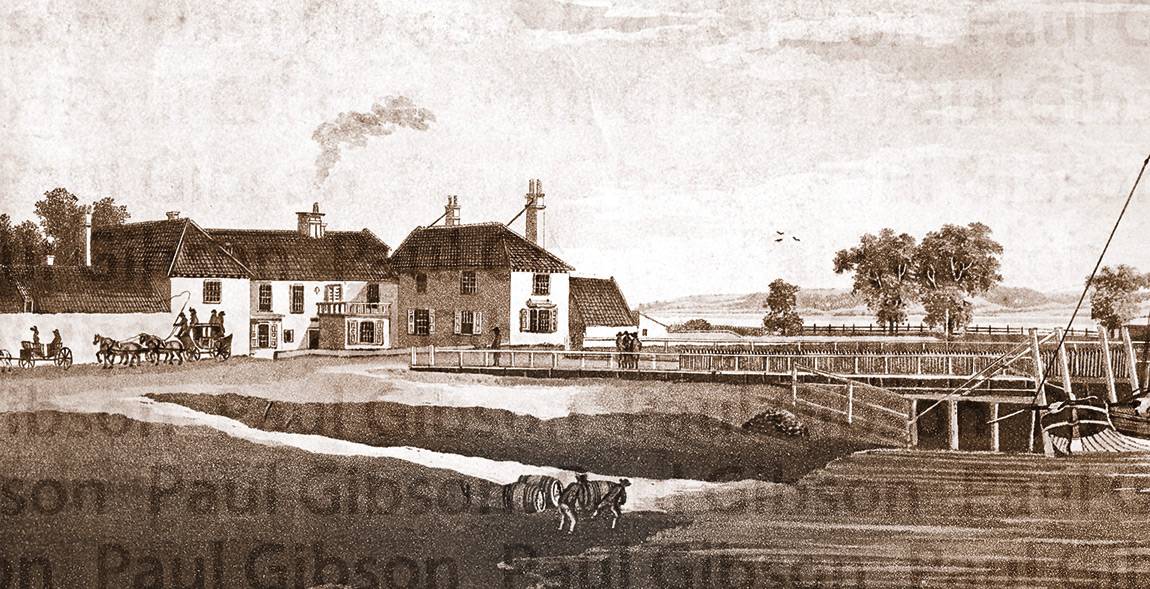 The Waterside Inn as it appeared c.1801. 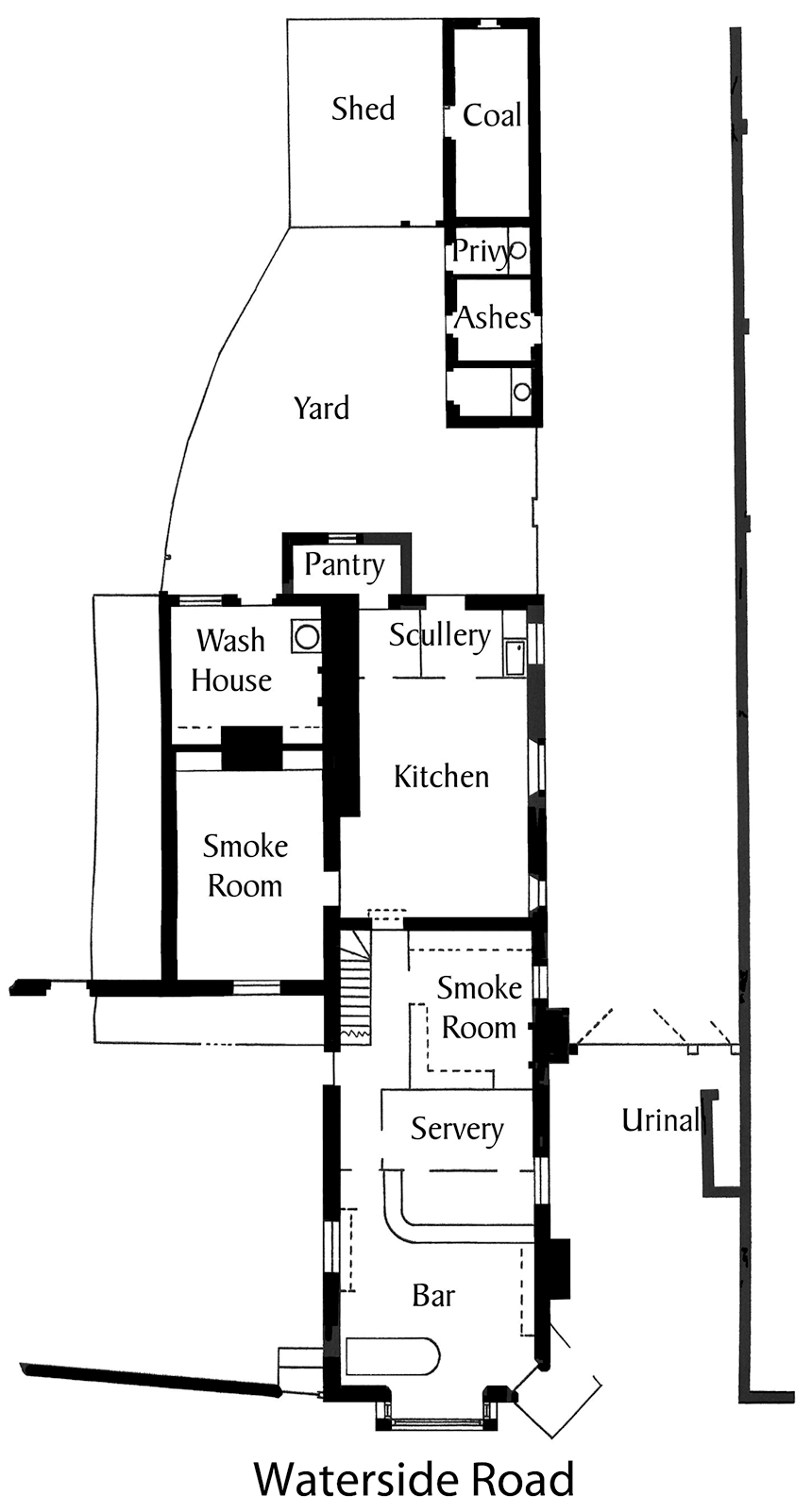 A plan of the inn from c.1928 following the take-over by the Hull Brewery Co, and an advertisement for a Smoking Concert’ at the inn from 1914.

A date-stone on the wall of Waterside House, formerly the Waterside Inn, reads 1715 and there is little doubt that the building is of that period if not earlier. An engraving by J Hassell from a painting by Thomas Bradley shows the group of ferry buildings as it appeared in 1801. It appears to show the existing structure as part of a much larger group of buildings; the existing building forming part of a ‘horse-shoe’ courtyard of buildings to its south. The 1888 Ordnance Survey plan suggest the buildings may still have been intact at that time, but the revised plans of 1908 show only the present building. The Stamford Mercury newspaper contains a reference to the inn from 1739 when it was noted that:

‘The Waterside Inn at Barton on Humber is now kept by Samuel Smith of Newark upon Trent; where all persons will be sure of meeting with good Entertainment and civil Usage, from their humble servant’.

Around 1821 a steam ferry commenced between Hull and Barton; the mail coaches ceased when the ferry and rail service opened between Hull and New Holland, and a rail link was established with New Holland in 1849. During it’s heyday an average of three mail coaches used the inn, which had stabling for a hundred horses and it was a major ‘posting-house’ where horses could be changed on long journeys.

In November 1836 the inn was advertised for sale in the Hull Packet newspaper, the details giving an indication as to the date of some of the ancillary buildings:

‘To be offered for sale by auction, at the Waterside Inn, in Barton ... the Waterside Inn, comprising of one large public room (36 feet by 18 feet) and one other large room (lately built - 25 feet by 13 feet) and five other private rooms. Also a private family room, tap room, good kitchens, cellars, 17 lodging rooms, coach office, stables, coach house, large granaries, warehouse, other outbuildings and garden’.

In 1850 the inn was ‘to let’ again and was advertised to have ‘very extensive stabling’, and in July 1851 was for sale by auction once more giving exactly the same description as above except noting that it was ‘in the occupation of Mr Watt’, and that ‘the purchaser will have to conduct the ferries from Barton to Hull and Hessle‘. It was almost certainly at this time that the inn became a ferry office. It was also leased to a local brewer in 1852, when following a short period of closure, was re-opened once again as a smaller inn. At that time the stabling facilities facing the Humber were scheduled to be converted into ‘neat dwelling houses for the coastguards’ and ‘also such part of the house as will not be required for the inn, into convenient tenements’ (Hull Packet 27 August 1852). An article in the Hull & Lincolnshire Times of 22 June 1889 revealed little else about the inn:

‘This hostelry must have had under its roof many famous persons, it being the termini of the old coach road from London, whence the mails were brought by ferry to Hull …. Fleetgate, formerly Fleedgate or Floodgate had according to the old Town’s Book as the name implies, a stream running down the centre. In bad weather the road was almost impassable, consequently coaches and other vehicles were taken behind the present Waggon & Horses, and through Back-Lane, then called Sweep’s Lane, on their way’.

Later advertisements in the 1890s trade directories noted ‘good accommodation for cyclists, this inn is pleasantly situated on the banks of the Humber and was formerly the old ferry coaching house’. The pub was owned by brewer’s Sutton, Bean & Co Ltd of Brigg from c.1900, and was purchased by the Hull Brewery Co Ltd in 1925, which maintained its full alehouse licence and carried out major alterations in that year.

Around the time of Second World War the pub was noted for a distinctive summer-house made from an upturned ship’s hull, which had been cut in half. Just outside the inn was a milestone, which told the number of miles to London, and that it was one mile to the Wheatsheaf Inn in the town centre. Known to locals as ‘Bottom House’, the pub ceased trading and closed on 5 April 1957. A Grade II Listed Building, it is presently a private house, its Victorian bay-window gone and its cellars filled in. 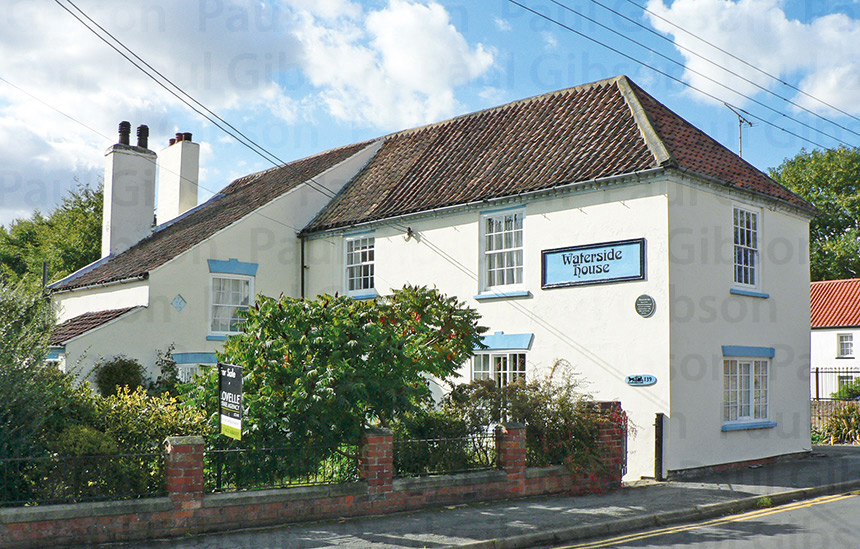 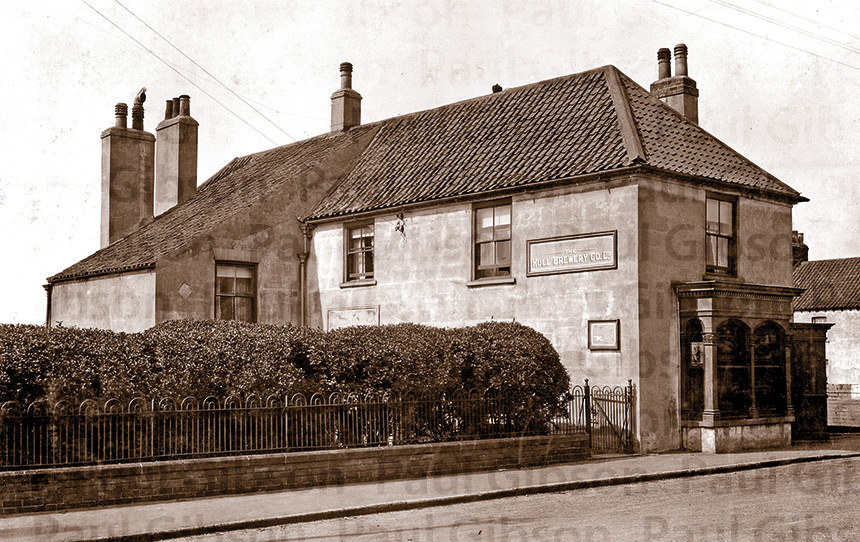 Some references to the Waterside Inn: 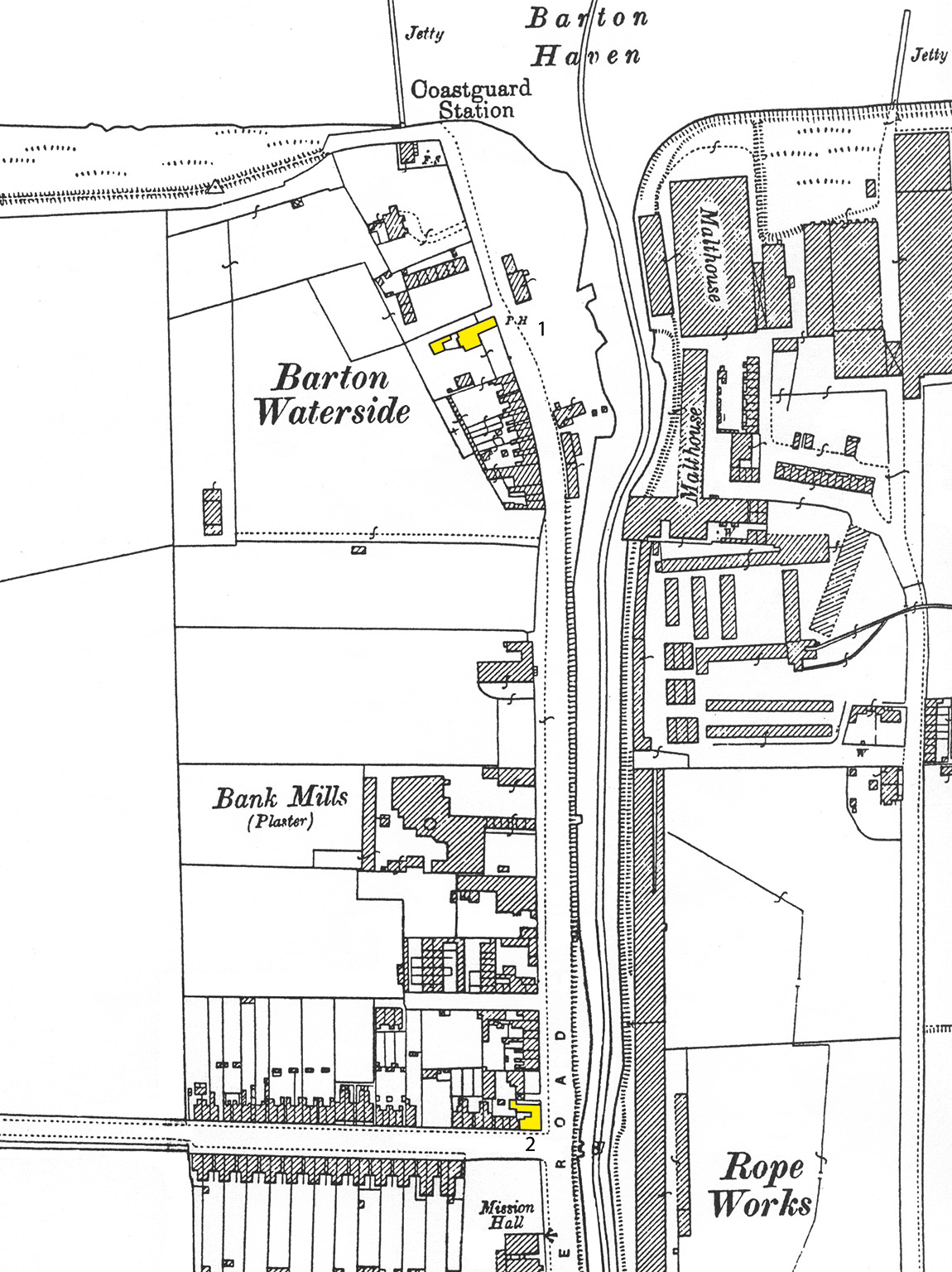