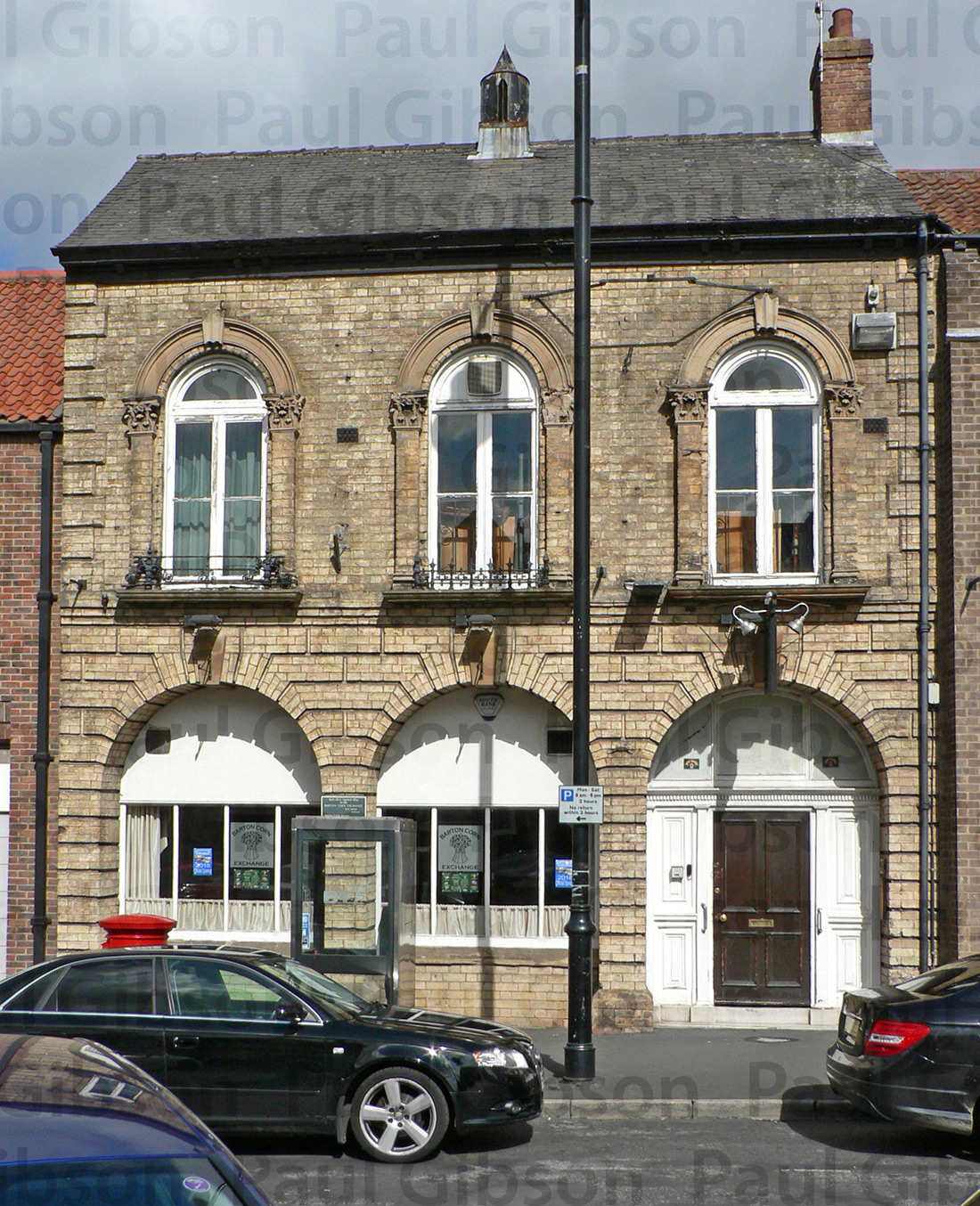 a.k.a the Conservative Club.

Built to the designs of D W Aston, of Hull, Barton’s new corn exchange opened in February 1854. Built by Wilford & Dinsdale of Barton, the Italianate building’s arched frontage initially provided separate entrances leading to a butter market and the corn exchange itself. The upper room was ‘intended to be used as a reading room for the young men of the town’. Alterations were made to the building in 1888, when the upstairs became the new home for the Barton Constitutional Club, the ground floor also finding a new use as a Drill Hall. Billiard tables introduced by the club remained and were supplemented with snooker tables, a sport which remains an attraction at the premises today.

Latterly known as the Conservative Club, and also a popular venue for dances, the former Corn Exchange was made a Grade II Listed Building in 1976, and has more recently become known as the Corn Exchange Club, concentrating on snooker and pool, and is freely open to the public [members only?].