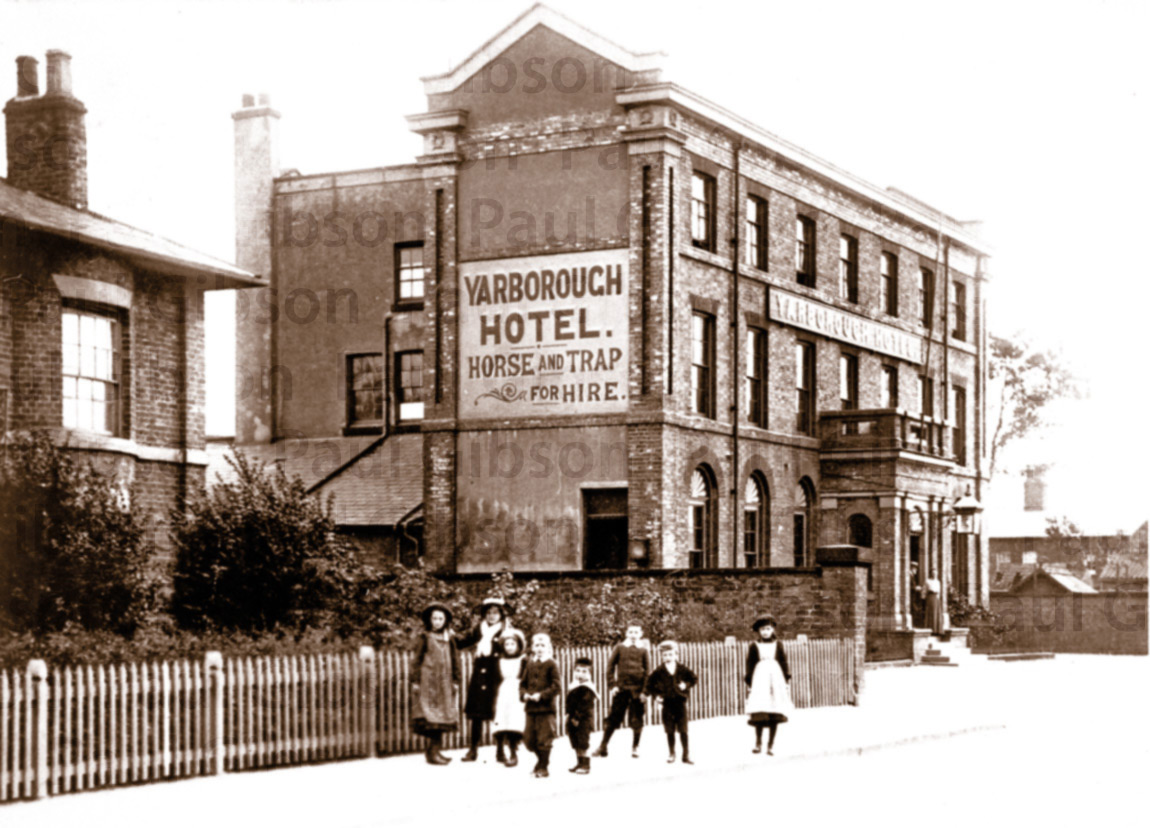 New Holland was little more than a narrow creek within the parish of Barrow upon Humber until c.1803 when it became known officially as New Holland. At that time a small ferry service was initiated by a Mr Dent, run from a shed and a cottage set upon lands he owned in the area known as Ox Marsh. The creek’s isolated situation allegedly attracted smugglers often bringing in Holland gin; hence, it has been suggested, the name New Holland. However, New Holland was a name in common usage by that time and was used world-wide by travellers discovering new trading lands, so little credence should be given to the smuggling theory.

By 1825 the ferry ran regularly from New Holland to Hull following the purchase of the land by an entrepreneurial Barton man Joseph Brown and his business associates. In 1826 they built an inn for their customers near to the ferry landing-site, which became known as the Yarborough Arms and the small inn was for many years the only public building in New Holland. The trade of the ferry was restricted by the poor infrastructure in the area, which lacked even one good access road; a fault that was to restrict the growth of New Holland itself. Competition from a rival steam ferry service in Barton forced the owners to press forward with their plans and by 1832 they had purchased a steamer, the Magna Charta.

The Yarborough Arms was enlarged and a road link to join the turnpike road at the south of Barton consolidated their plans. From 1836 the success of their enterprise caused the removal of the London mail service from its long established home in Barton to New Holland. As Hull Corporation’s Barton ferries fell into relative disuse New Holland grew far above the expectations of its owners. Coaches from New Holland ran inland as far as Lincoln and London; one of these was named the Pelham, which ran to Boston, and another, the Magna Charta, to Nottingham.

There was still no population to speak of until the arrival of rail link from Grimsby on 1 March 1848 following which, the population grew and housing began to be erected along the main street. A Church of England School, a Wesleyan Chapel and other buildings soon followed. The census of 1851 revealed that most of the four hundred population were railway workers, many of whom inhabited the newly built New Holland Square, and by the 1860s New Holland had its own self supporting shops etc. and no longer relied on Barrow and Barton.

As a consequence of its history, all of New Holland’s pubs were built on the strength of the ferry and other transport related trades. Their names all related to forms of transport with the possible exception of the Yarborough, although that too may have been the name of a coach.