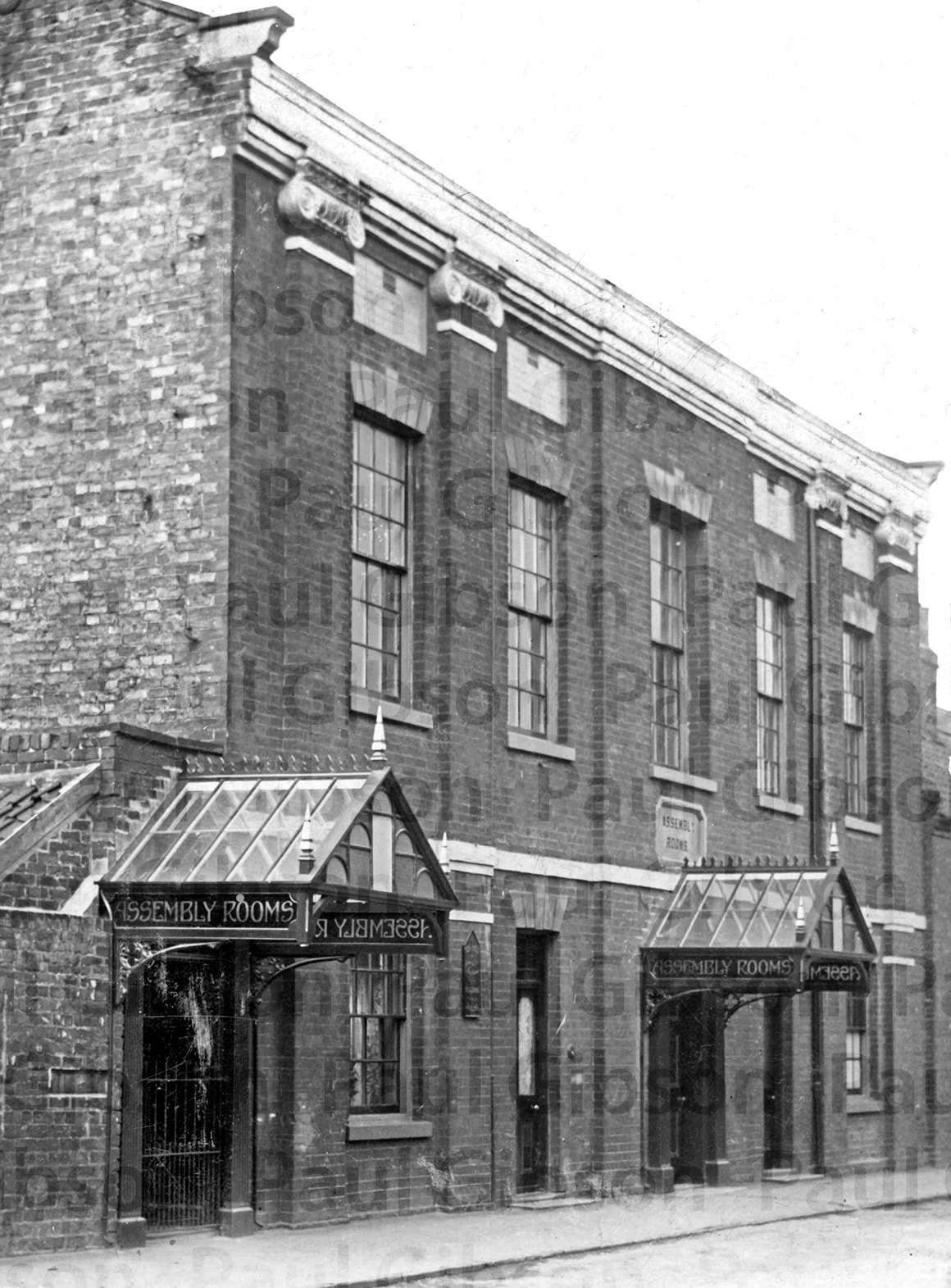 A temperance society was formed in Barton in 1837 and was so successful that it soon had sufficient funds to purchase a site on the western side of New Road (later to become known as Queen Street). The purchase was partly funded by a friendly society known as the Rechabites, and a grand Temperance Hall was built upon the site in 1843. Its huge lecture hall, which could comfortably seat 400, was used for many lectures - some no doubt advocating the pursuit of a healthier lifestyle and the dangers of the demon drink.

The Temperance Hall closed in 1903 and, after some major alterations was reopened as the Assembly Rooms (see photo below from c.1906). In 1906 it was purchased by the parish church, which used it as a church hall amongst other things. The purchase was partly financed by the sale of the Cocoa House in Fleetgate (see below), which had closed in 1905.

In 1967 the Assembly Rooms closed and became derelict, and in 1974 the building was sold and converted into a night club with bar that held regular ‘events’. Fortunately this strange move may have inadvertently saved the historic building, which was being considered as the site of a car parking facility. In 1976, following the failure of the club, Glanford Borough Council purchased the hall and it reopened as the Assembly Rooms once more. For an architectural appreciation of the building the author recommends John French’s study in ‘Land People and Landscapes’ from which many of these historical details are taken.

The following references are to various Cocoa Houses and temperance hotels, and some may refer to those described:

These references are to properties in the High Street, that have clearly been used for a temperance purpose, but for which I have no other information as yet.

Part of the temperance movement’s success was the formation of a series of Cocoa Houses, where people were offered beverages of a non-alcoholic nature as an alternative to the lure of many inns and alehouses.

The Fleetgate Cocoa House, now nos.37 & 39 Fleetgate, appears to have been established around 1880 (although it was a private house long before this) and was mentioned in the census of 1881 as a Cocoa House. It was reported in the Hull Packet & East Riding Times in July 1882 that:

‘... the large old-fashioned residence along Fleetgate, recently occupied by Mr Pigott, has been altered and internally rearranged as a Cocoa House by the Cocoa House Movement. It was hoped the facilities would promote temperance and sobriety in the town’.

From around this time it was listed in the trade directories with an address of Junction Square and Fleetgate (was there another cocoa house?). The census of 1901 recorded George Robinson at the ‘Cocoa House’ in Fleetgate as a ‘refreshment house keeper’. He was aged 56 years and was born in Laceby.

The house was, and still is, a beautiful building with garden if front. Also, across the road on the east side of Fleetgate was another garden area, from which the old photo below was taken – note the garden wall in the foreground.

The Fleetgate Cocoa House closed in 1905, when the owner (Mrs A Holt of Bardney Hall) conveyed the property to the vicar of the local church, and funds from its later sale assisted with the purchase of the Assembly Rooms in Queen Street.

Plans in the North East Lincolnshire Archives (N.E Lincs Archives ref. 83/601/396) show that following the sale Mr George Burton extended the front of the ground floor frontage to create the two single-storey shop fronts that remain to this day. Look above the tops of the shop frontages and the beautiful original five-bay Cocoa House building can still be seen behind. 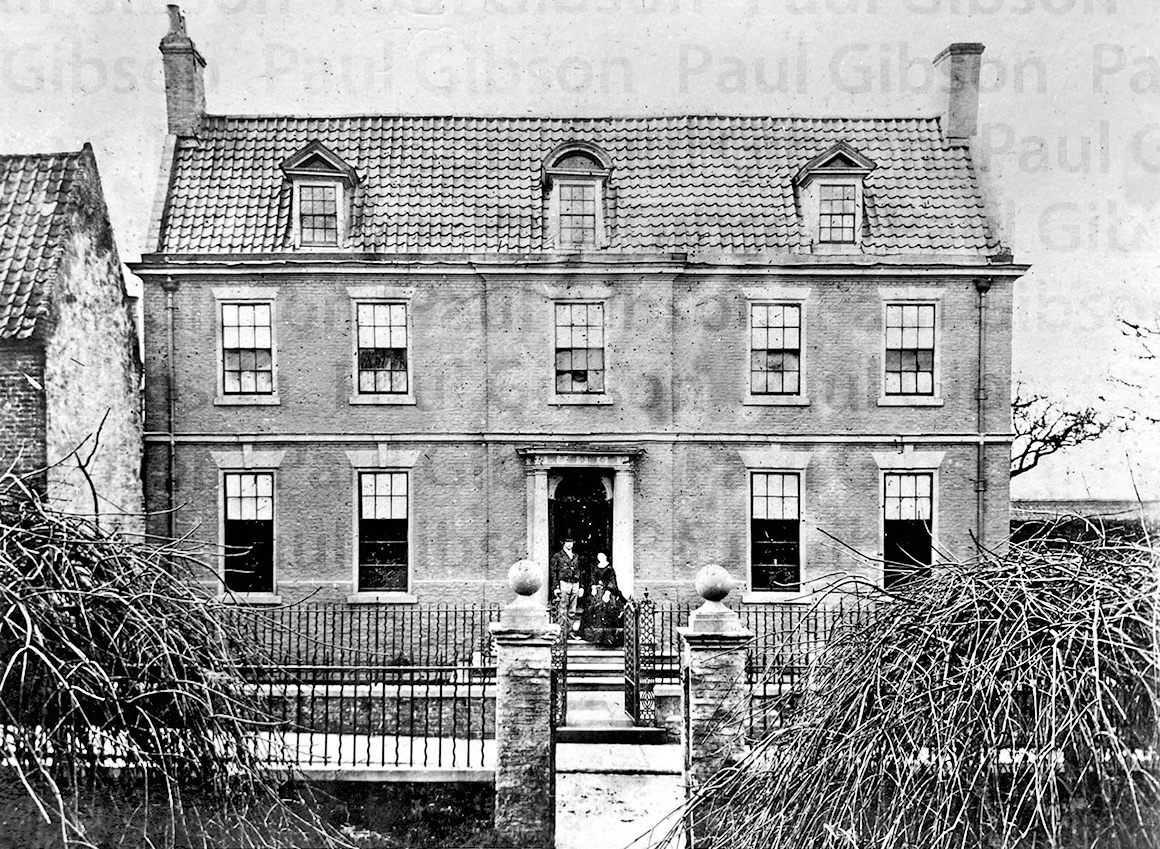 The former Waverley Hotel is located on Westfield Road, opposite the southern end of Fleetgate, and has most recently been used as a residential care home.

Alcohol may have been available here, as in July 1926 the Hull Daily Mail reported that Barton councillor and local florist James Swanson had been fined £10 and had his driving licence suspended after being found drunk in charge of a motor vehicle. He had been by a policeman leaving the Waverley Hotel at 11.45 one evening and attempting to drive away. However, it is possible that he had obtained his drink elsewhere.

A P Carline, the first noted keeper of the Waverley (shown in the photographs below with some of his vehicles), was originally a baker & confectioner at the corner of High Street - in Junction Square opposite the Red Lion. Although the Waverley was initially listed as a ‘pub’, it does not appear to have had a drinks licence in the licensing records of 1932-1974. Indeed, in 1915, 1921 and occasionally in the 1930s, it was listed as the ‘Waverley Temperance Hotel’.

It appears unlikely to have ever been a pub in the modern sense, although it was definitely listed as such in some early 20th century directories. But it’s certain that the Waverley has actually been a bit of everything in its colourful history.

Latterly it was almost certainly a licensed hotel, and in 1930 it advertised the ability to cater for ‘Parties, Dances & Dinners’ as well as providing cars and garage facilities. In 1944 the Waverley was converted ‘from a house to flats’, according to plans in the North East Lincolnshire Archives (N.E.L. Archives ref. 83/601/929).

Some references to the Waverley: 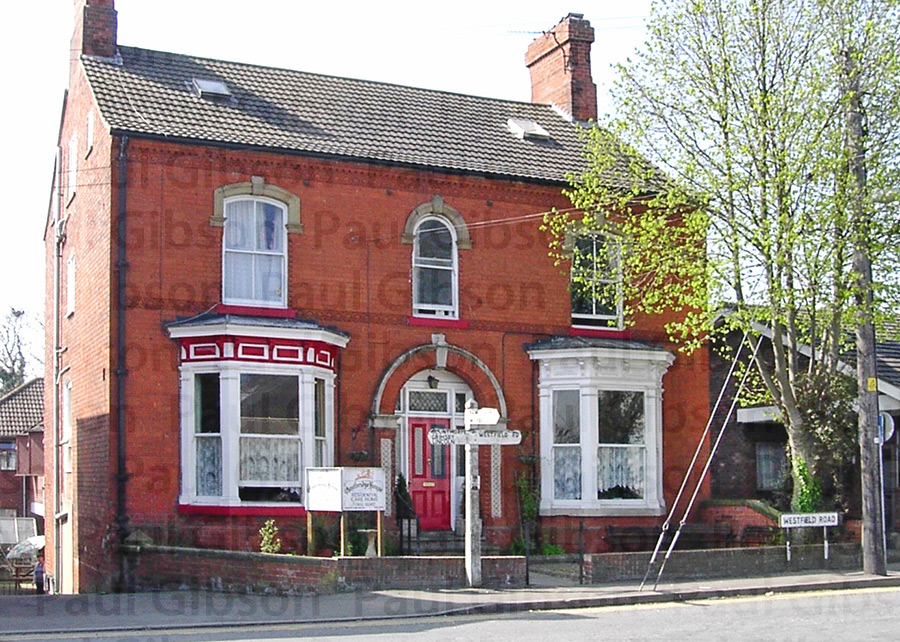 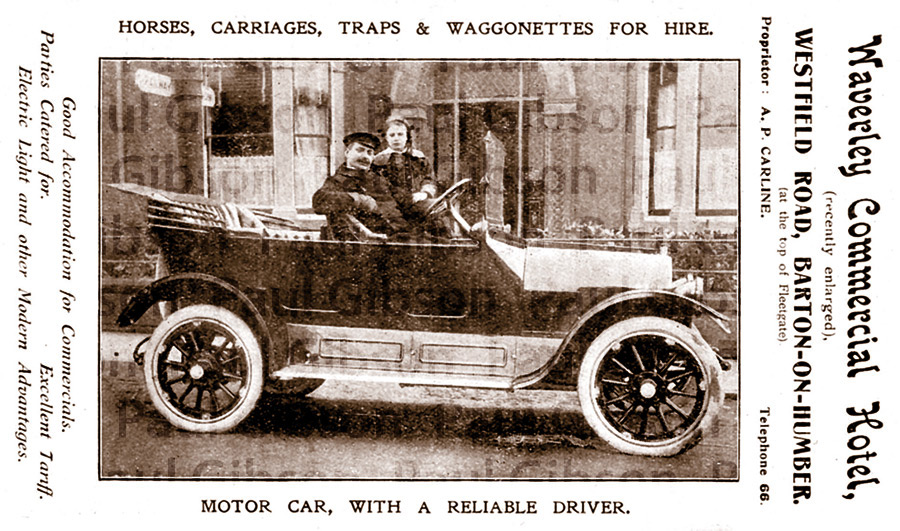 An advert for the Waverley from 1916. 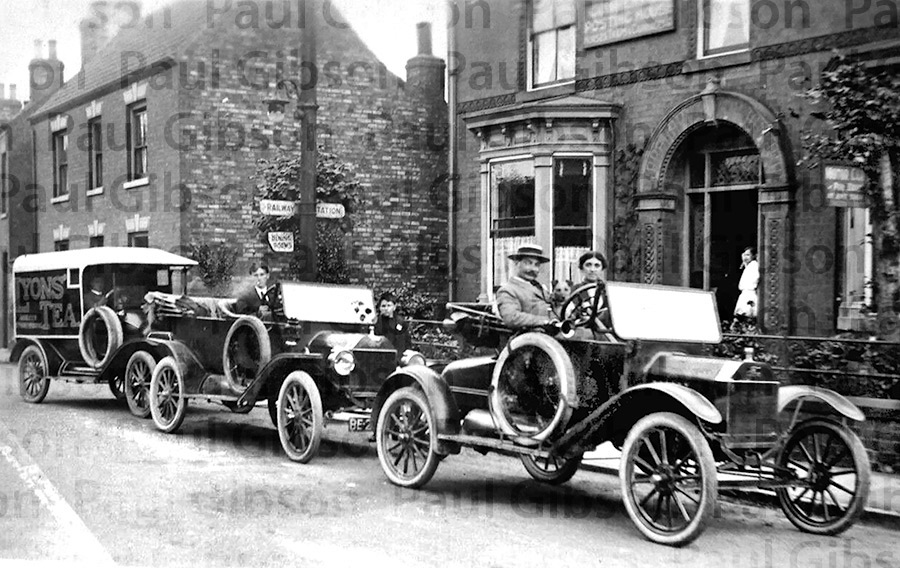 Waverley Hotel no doubt with Mr Carline at the wheel of his smart motor car, c.1920. 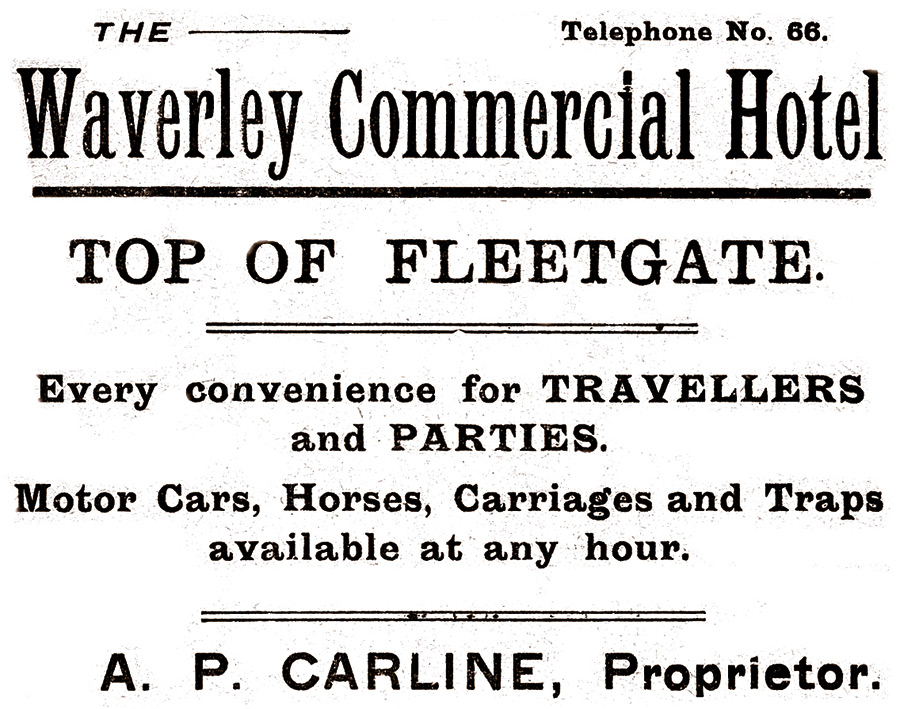 An advert for the Waverley from 1915.