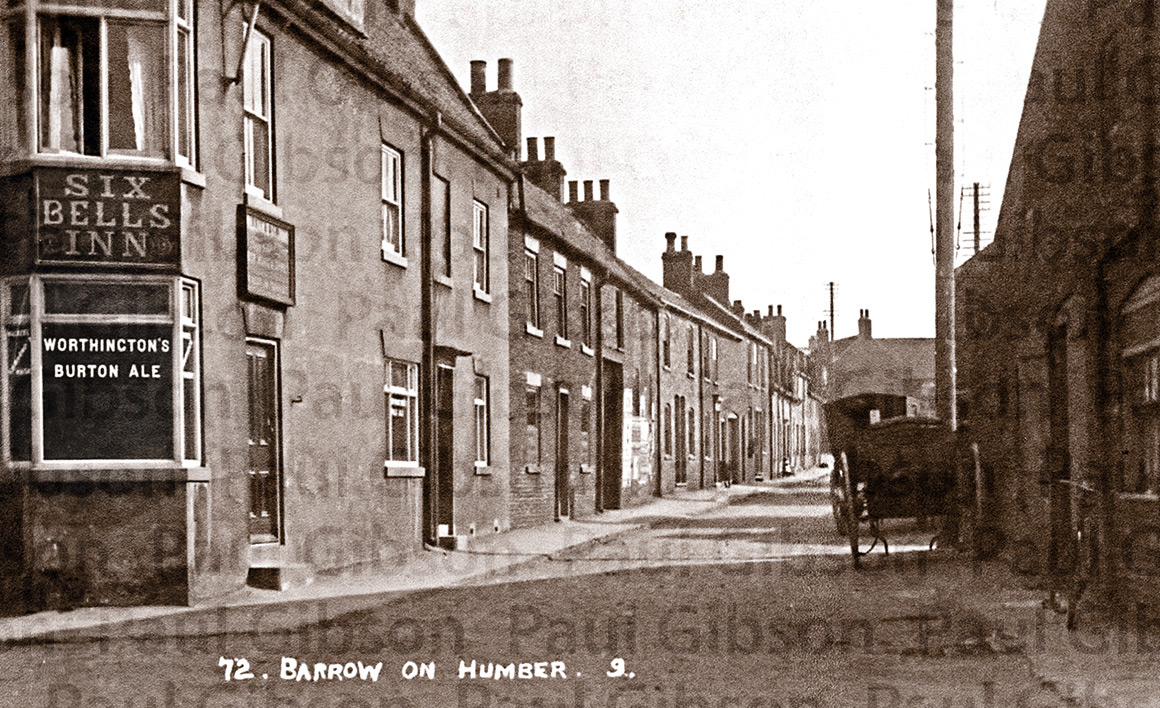 An auction notice in the Lincolnshire newspapers in 1821 recorded the sale of the Six Bells in Barrow (see full notice below). It was described as “now in full business” suggesting that it may have been a relatively new “pub” at that time. It also lists the outbuildings as barns, stables and brewhouse, plus two cottages adjoing. It appears to have brewed its own ale at the time, as the “fixtures, brewing vessels, and part of the household furniture” could be included in the sale providing a fair valuation.

The Six Bells was later mentioned in the earliest known trade directory for this area in 1826, and is likely to have been a pub longer than the Royal Oak across the road. Situated at the junction of Lords Lane and Smithy Lane, it is an unusual corner pub with many interesting features and may have originally faced Lords Lane, later taking in the corner plot.

It was licensed as an ale-house in 1932, when it was owned by T. Linsley & Co. of Hull, according to the register. Latterly it was an Allied Brewery house and has held a full publicans’ licence since the 1960s.

More recently, the pub had undergone trying times and had periods of closure. In 2010 the pub was taken over and re-opened as a community pub “providing meals for the elderly in their own homes, raising funds for the toddler group and thousands of pounds for other charities, whilst taking the youths out of the market place and giving them a purpose in life.” The pub also provided employment for 10 people, supported a football team, two pool teams, two darts and domino teams, and was a venue for christenings, birthdays, engagements, weddings and funerals. A typical local, that remained open until c.2017, at which point it was again up for sale, which it remains in 2020.

Some references to the Six Bells: - 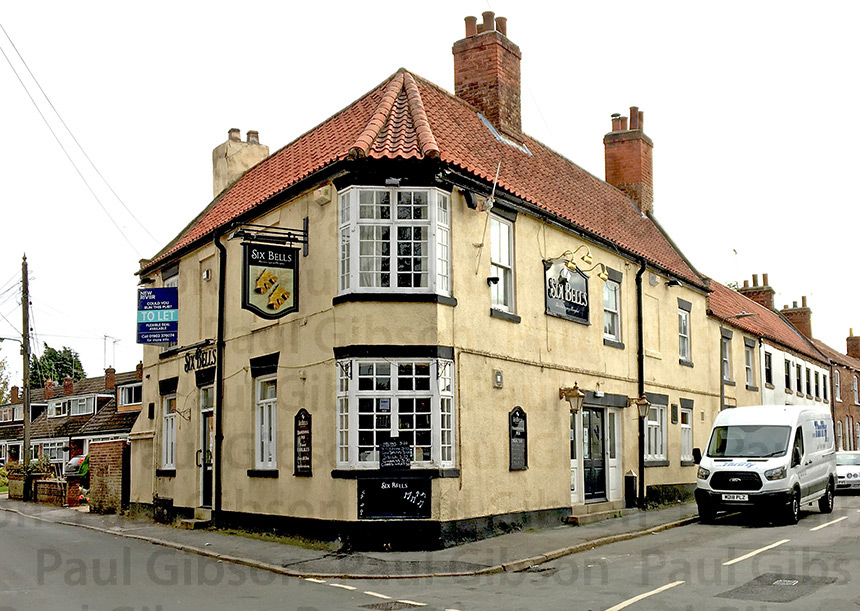 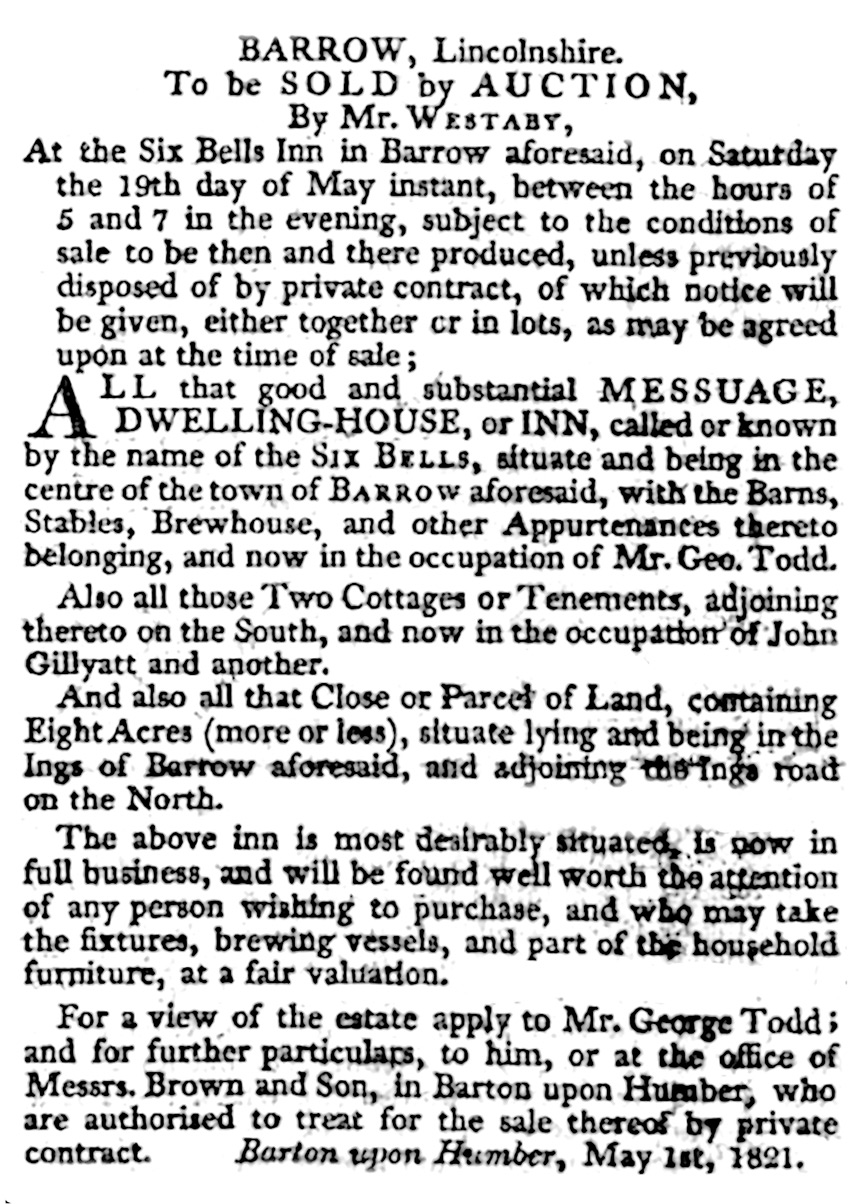 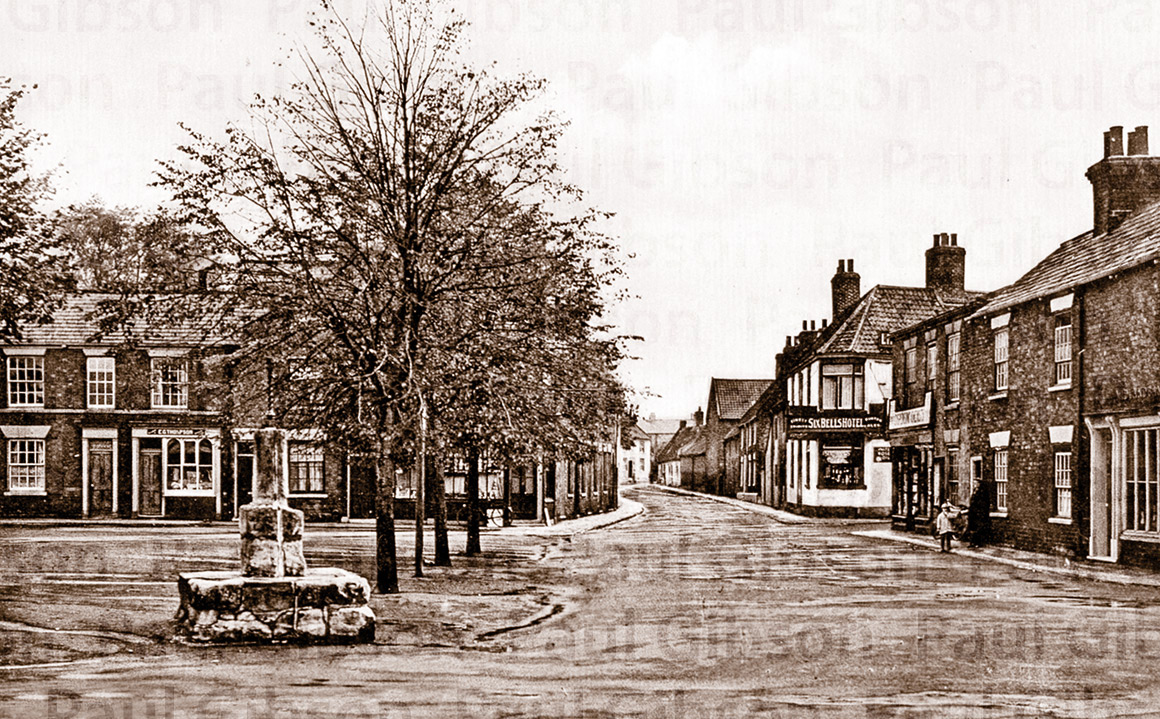 A later image of the Six Bells, probably from c.1920