Being an ancient village with records of inhabitation dating back well before the Domesday Book, Barrow upon Humber has much history to discover within its rich and diverse surviving architectural heritage. Fortunately, in the same way as its neighbour Barton upon Humber, Barrow has a wonderful selection of buildings from a wide range of historical periods. Not least of these buildings are Barrow’s pubs.

As the list below shows, the number of pubs Barrow and its near neighbours have enjoyed across centuries has been a fairly consistent number, reaching a peak of at least seven or eight during the second half of the 19th century and into the 20th.

As Barrow grew, almost tripling its population during the 19th century, the pubs would have enjoyed good trade. This increase was almost certainly linked to the growth of industry in and around the town. As the trade and popularity of the pubs grew certain inhabitants found the need to support the national temperance movement to stave off the worst of the demon drink; I have made reference to this within the Barrow upon Humber Miscellaneous page. The page from an 1861 Post Office directory shown below illustrates well the variety and nature of the town’s trades people and occupants at that important period.

As the rise in the population decreased, effected by Barrow losing much of its local industry and workforce, so did the attendance at the pubs. Like so many villages throughout the country, Barrow struggles to support those few pubs it has left, with tenants continually striving to entice the locals in for a pint. 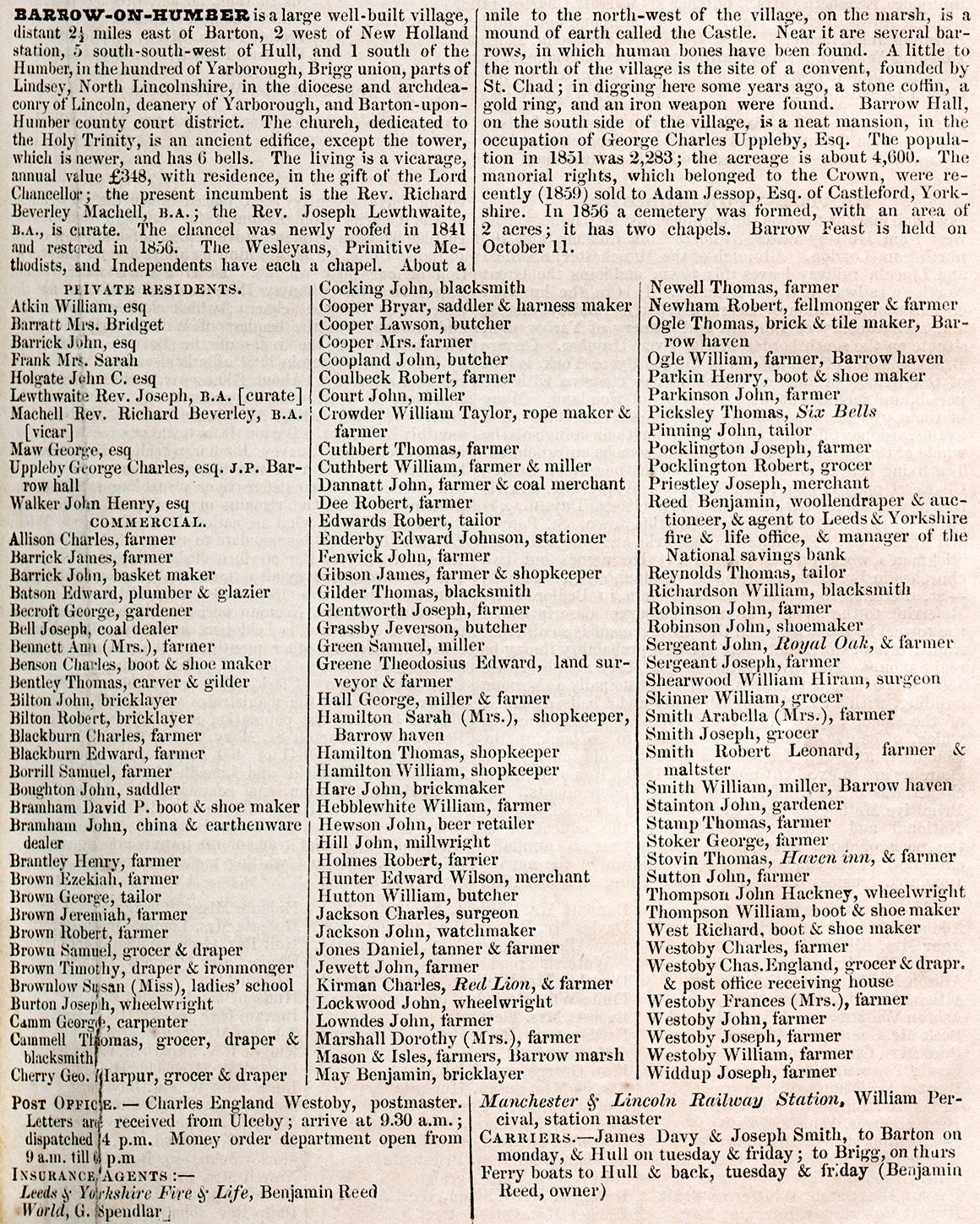 A page from the 1861 Post Office Directory of Lincolnshire. 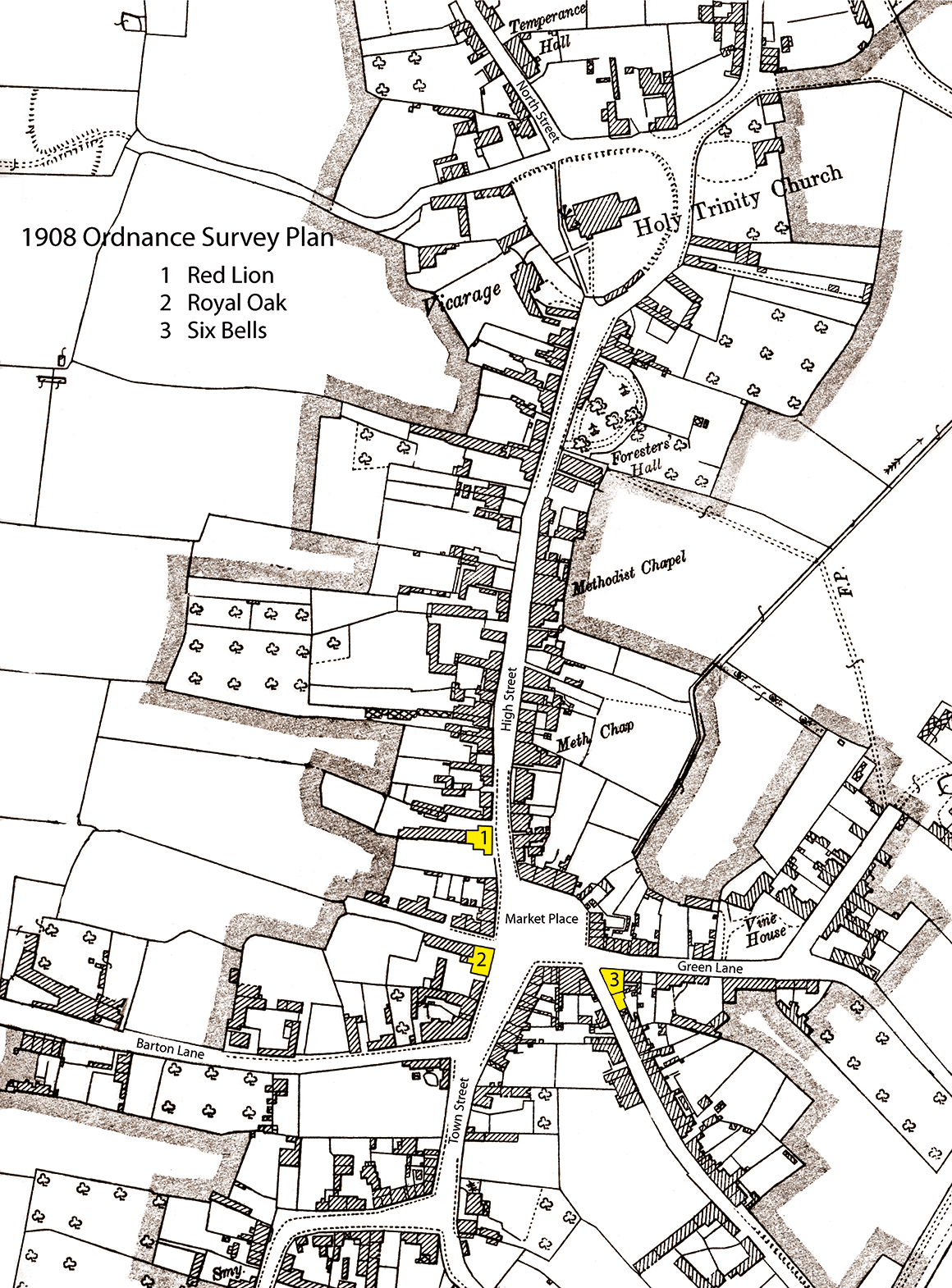 A plan of Barrow upon Humber re-drawn from the 1908 Ordnance Survey.