Before the days of cars, buses, trains and taxis, those of Barton’s residents who needed to travel any distance were reliant upon a number of local horse-drawn carters. coachmen and carriers.

They ran regular services around the area and would have been used by local businesses, such as brewers who would rely upon many of them to distribute their ales if they had no vehicles themselves. The local pubs would often use them, and list them as an added feature of the services they provided. The following sample entries from trade directories illustrate what a comprehensive service they offered.

In 1826 the following coaches ran from the Waterside Inn, which was obviously the first point of contact with carriers when leaving the ferry from Hull: 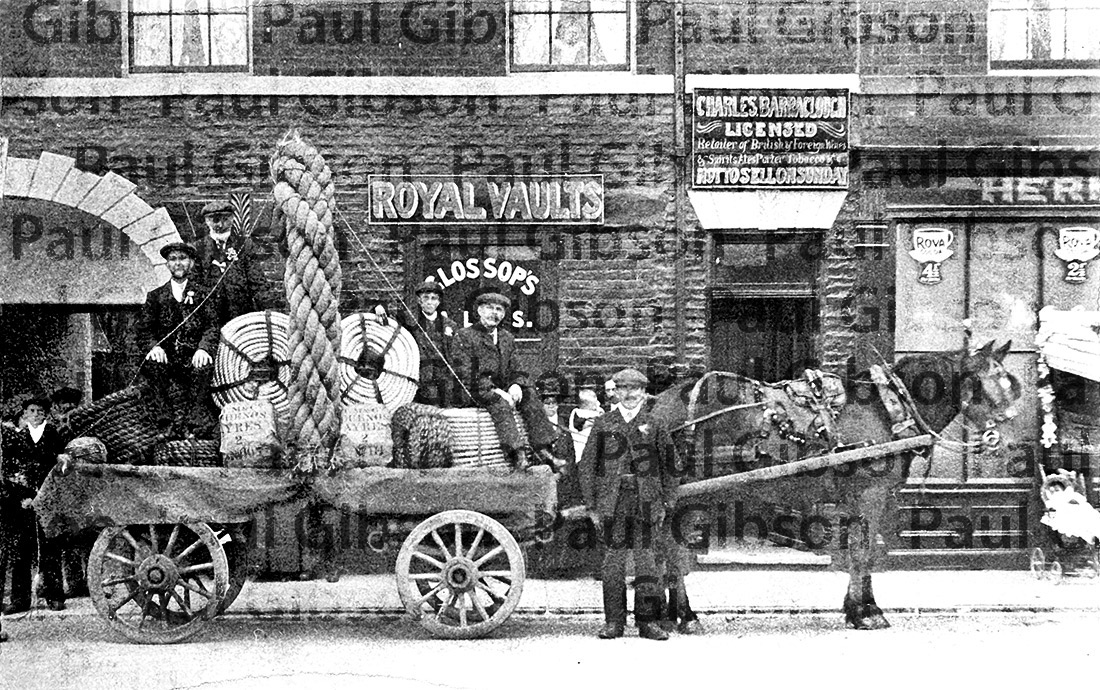 The carrier’s cart shown here is stood outside the Royal Vaults pub in Waterside Road, displaying products from Hall’s Barton Ropery, possibly in a carnival procession.

By 1896 the following ran from the George Inn:
James Needham to Barrow and New Holland on Mondays
Thomas Smith to Ferriby and Winteringham on Mondays
Edward Baker to Ulceby
F Collingwood to Ferriby on Mondays
Fred Hoodlass to Winterton on Wednesdays and Saturdays
John Cook to Wootton on Mondays

From the White Swan:
W Scott to Elsham on Tuesdays
Mr Stainton to Elsham on Fridays
William Hogg to Thornton on Mondays

From the Waggon & Horses:
T Hoodlass to Worlaby on Tuesdays and Fridays
And William Stamp ran from Whitecross Street to Hull daily on the famous Stamp’s Barton Boat.

Several Taxi services were also based in the town, such as Parker’s who were based in Finkle Lane during the 1930s (see advertisement below).

By 1967 only the following were still listed as carriers, and none of them would usually carry passengers, only goods:
R J Chappell, 72 West Acridge
Osgerby & Son, 27 Waterside Road
R K O’Toole, Waterside Road
William Stamp, Burgate 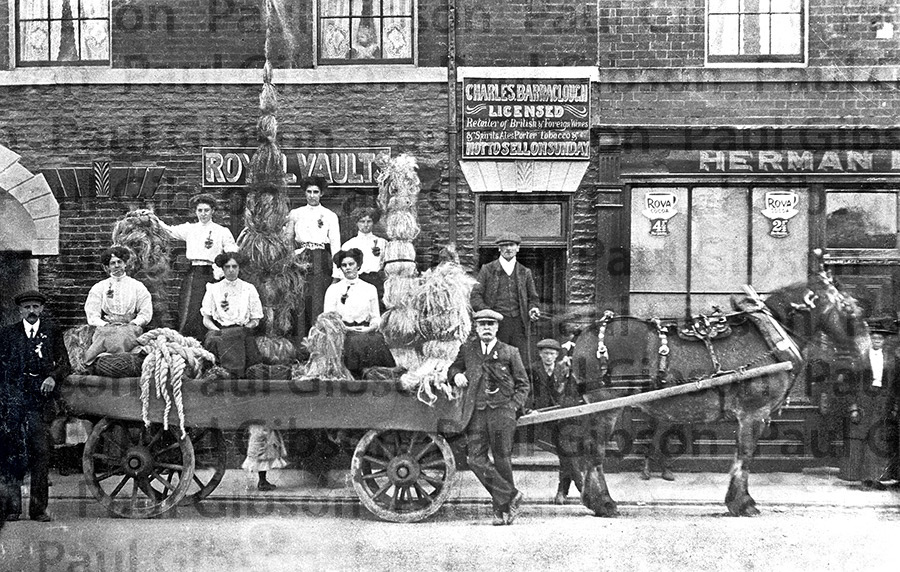 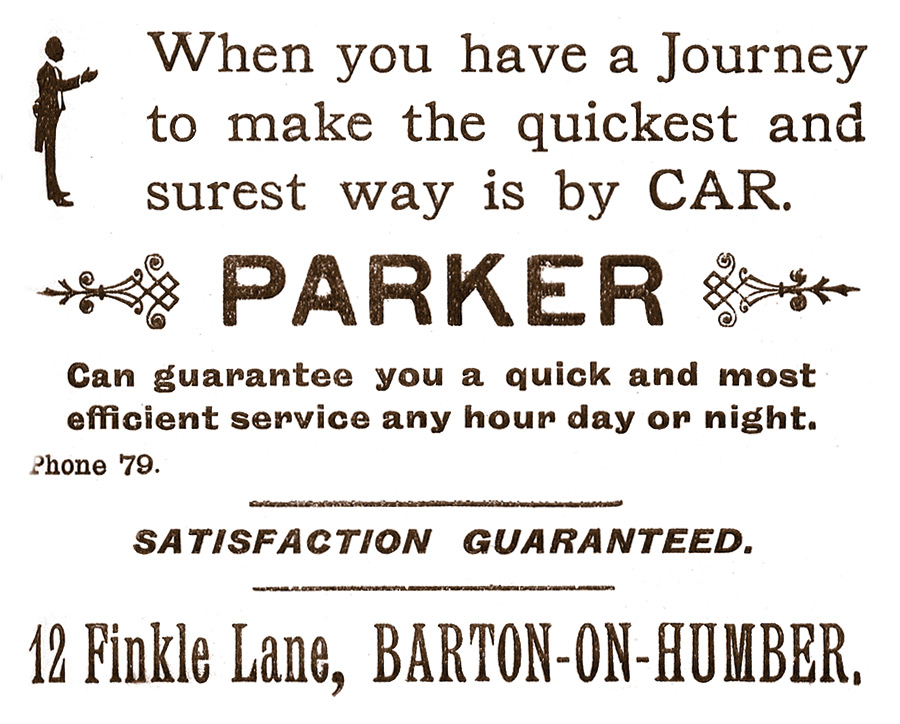