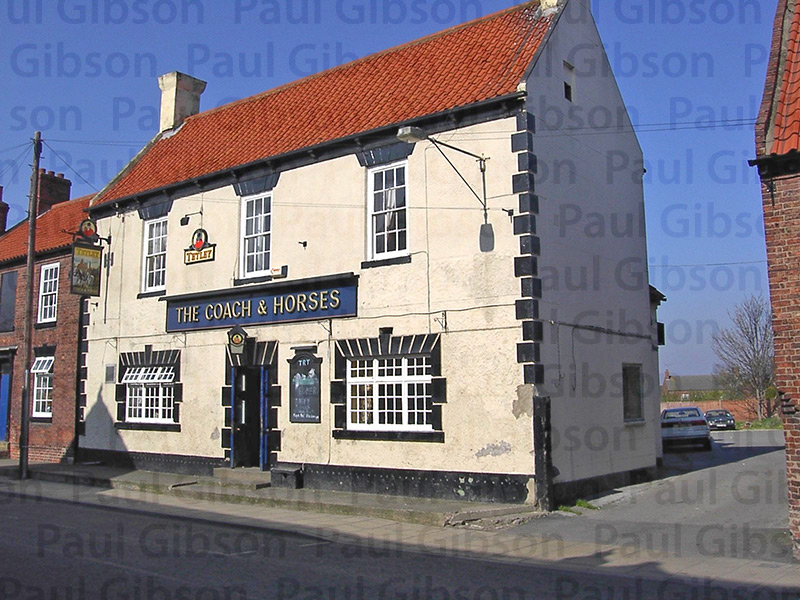 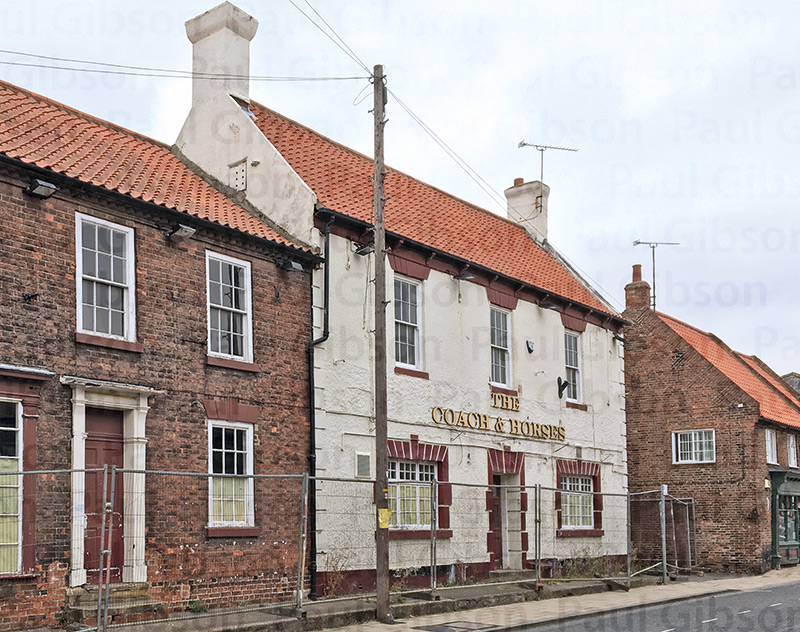 During conversion to housing in autumn 2018.

The Coach & Horses was possibly a farmhouse conversion, but more likely a former house, which was altered during the 19th century to become a pub, providing a new trade or a much-needed second income for the owner at that time. It was first listed by name in High Street in the trade directories c.1855, although it may have traded as a pub many years prior.

There was a small brewery at the Coach & Horses, probably for its own use as well as local purchasers. This is confirmed by some entries in the trade directories, where Henry Gibson (late the White Lion), was listed as a brewer and victualler at the pub. The Coach & Horses was his pub, where he sold his own ales from his own brewery, which was adjacent to site of the present pub. In 1871 this tragic accident was reported at the Brigg Petty Sessions, which makes reference to the pub and brewery:

‘FEARFUL ACCIDENT AT A BREWERY – Late on Saturday evening, a brewer, named John Chambers, whilst engaged in Mr. Wilson Gibson’s brewery at the Coach and Horses, accidentally fell into a copper of boiling liquor, to which he was attending in the course of his duty.  The poor fellow got out by himself and scrambled across the brew house and had just enough strength to call for assistance.  George Brocksom, a fellow servant, helped to undress the unfortunate man, when large portions of his skin came off, like a glove.  Mr. John Morley, surgeon, was promptly in attendance, and dressed the wounds, but after lingering in great pain till eight o’clock on the following evening, he expired.  At the inquest held on Monday, before Charles Smith Esq., deputy Coroner, the jury returned a verdict of ‘Accidental Death.’

The pub’s name may suggest that it was used as a coaching inn, rather than a simple tavern or alehouse, and the yard may have had stables. It was known locally as Coach & Horses Yard (a carriage house and pigsties were constructed in the yard in 1905). Coach & Horses yard was listed separately in the 1901 census, and a dwelling house still inhabited in 1914, when a blacksmith had his premises there. The building itself appears to date from the late 18th or early 19th century, although the brickwork has been rendered during the 20th century and the ground floor windows have been altered sometime after 1910. In 1926 toilets were added to the house, which is connected to the rear of the main building.

The pub was selling Worthington’s ales by 1914 but that was probably as an agent only, as T Linsley & Co of Dagger Lane, Hull, owned the pub. That company was listed as the owner when its alehouse licence was renewed in 1932. Duncan Gilmour & Co acquired Linsley’s in 1952. More recently – probably c.1980 – the pub was improved and refurbished, and again in 2003-04 when it was expanded to take in the ground floor of the small house and shop to its north-west. It then began to offer food throughout the week, which it continued to do.

Despite the many recent owners best efforts to care for the building both internally and externally, and retain the trade, the pub closed and re-opened many times.

As I write in the autumn of 2018 the pub and its environs are at the centre of a redevelopment, which includes the former pub. The site is to be converted for private housing, with new property being built to the rear of the pub in what was once Coach & Horses Yard.

Some references to the Coach & Horses: 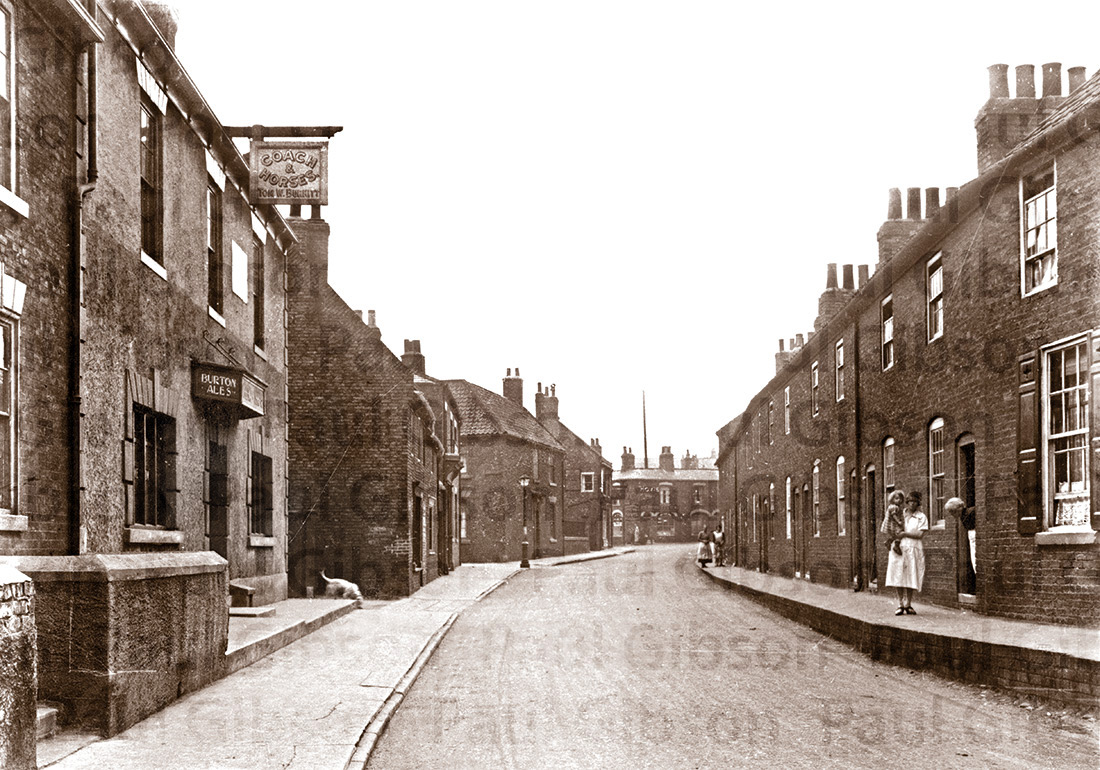 An eerily quiet High Street, with the Coach & Horses as it was c.1926, in the occupation of Thomas William Burkitt, who’s name appears on the inn-sign. The site of the houses on the right is currently occupied by a Lidl supermarket.