In 1826 Joseph Newton was listed in a trade directory as a maltster in Brigg Road. In the same year he was also noted as the victualler at the Wheatsheaf Inn. It is possible that this was a reference to the fact that he may have brewed his own ales from the inn rather than a separate brewery in Brigg Road.

The Eastern Counties Herald ran a notice on 7 January 1841:

‘FOR SALE - Dwelling House, with Stable, Granary, Malt Kiln, and Outbuildings and Garden adjoining, in Finkle Street, in the occupation of John Sergeant who is to decline the business of Maltster. The Malt Kiln is 66 ft. long by 22 ft. and has 3 Floors, a Cistern capable of working 12 quarters, with Drying Kiln’.

These premises were described in a slightly later sale (1842) as ‘newly erected’ and in the tenancy of John Hill; the frontage to Finkle Lane was 84 feet. John Hill continued to be listed as a maltster in Finkle Lane until at least 1855. In 1861 and 1863 Richard Peter Holdsworth was listed as a brewer in Finkle Lane and may have been at the same premises. It may even have had its own tap or bar - see beer retailers/strays - and may have been the site later used by Meggitts between Nos.1 and 5. In April 1861 the Hull Packet ran a notice as follows:

THE PUBLIC are respectfully informed in the consequence of the decease of the later R. P. Holdsworth, the business will in future be carried on by the firm of HOLDSWORTH & SON. Continued patronage will be esteemed a favour’.

Historian Rex Russell has re-drawn a plan (from c.1795) that was made at the time of Barton’s enclosure in 1793 – 1796; it clearly shows that a ‘Messuage and Malt Kiln’ owned by Elizabeth Sparks was situated at the north-west corner of Fleetgate, opposite Butts Road and the Railway Station. Later, in 1849, John Oates was also noted as a maltster in Fleetgate and this is probably a reference to the same property, Fleetgate having been built upon its entire length by this time with little room for any new buildings.

In 1882, R S Ragby & Co were listed as maltsters in George Street. This may have been an office or premises within the George Hotel.

Thomas McKean was listed as a brewer in High Street from c.1846 until at least 1849 and around 1851 John Elwick Meggitt - his son-in-law - took over the brewery and remained as a brewer and maltster until at least 1885. The premises were noted as ‘The Brewery’ in trade directories from c.1876. ‘The Brewery’ was at the rear of the brewer’s house, now No.68 High Street. 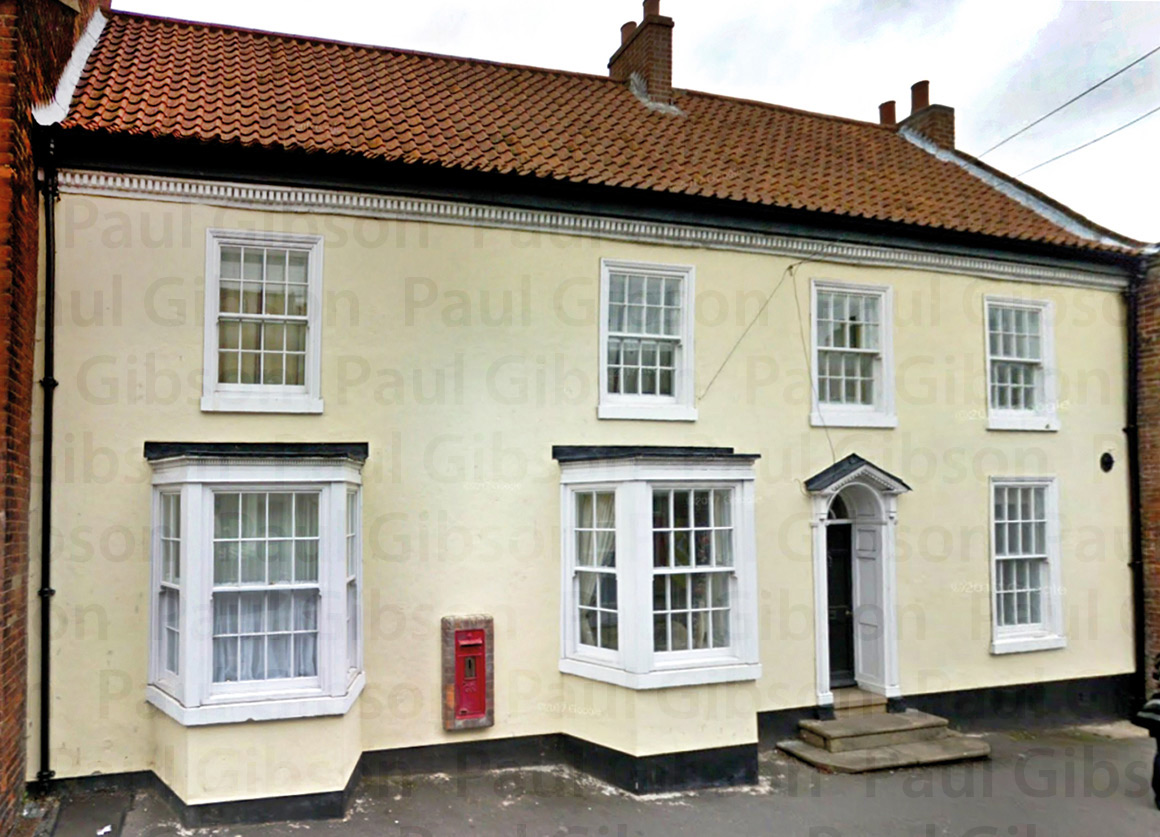 The brewer’s house remains although the brewery buildings are gone, and the site now occupied by St Peter’s Court. The 1881 census listed Meggitt as a maltster and brewer aged 53 years, and resident in High Street. Also present were his wife Mary Ann aged 54 years, his five children and two servants. The Meggitt family tree was summarised by historian Rob Barnard as follows:

‘Mary Elwick married William Tonge in 1750 at Gainsborough. A William Tong was a brewer in George Yard Hull by 1790 but he had been born in 1742. John Meggitt married Mary Tonge in 1776 at Gainsborough. They lived in Hull where John was a brewer. Meggitt had moved to Malta by 1809 when his wife died there aged 55. John Meggitt died in Malta in 1811. Thomas Meggitt (1779 - c.1859) was a house and ship painter in George Yard Hull and John Ward, the marine artist, was apprenticed to him. Mary Meggitt, wife of William Tong Meggitt, died at Barton in 1844 aged 70. William T. Meggitt owned a tan yard in 1809 when he offered it to let. In 1826 William Tong Meggitt lived in Butts Lane, Barton. William Tong Meggitt and Mary had 10 children including John Elwick (born 1806) and Robert Charles, both at Barton. Robert Charles and his wife, Betsy, also christened one of their children John Elwick, born in 1828 at Barton. The latter was the brewer and maltster in 1851 and 1881. John Elwick Meggitt married Mary Ann Williams in 1850 at Old Clee, they had 10 children christened at Barton including John Charles, born 1850. In 1881 John Elwick, Mary Ann and their daughters Mary and Emma all worked in the brewery. Mary Ann was born in Ayre in 1827, her mother was Ellen McKean’.

John Charles Meggitt took over from his father and is known to have had premises in Maltby Lane. Their maltings were later converted into a cinema. The confusing situation can probably be explained by the fact that the High Street premises of Meggitt have an entrance and frontage on Maltby Lane and adjoin the Malt Kiln premises on the corner of Newport Lane. 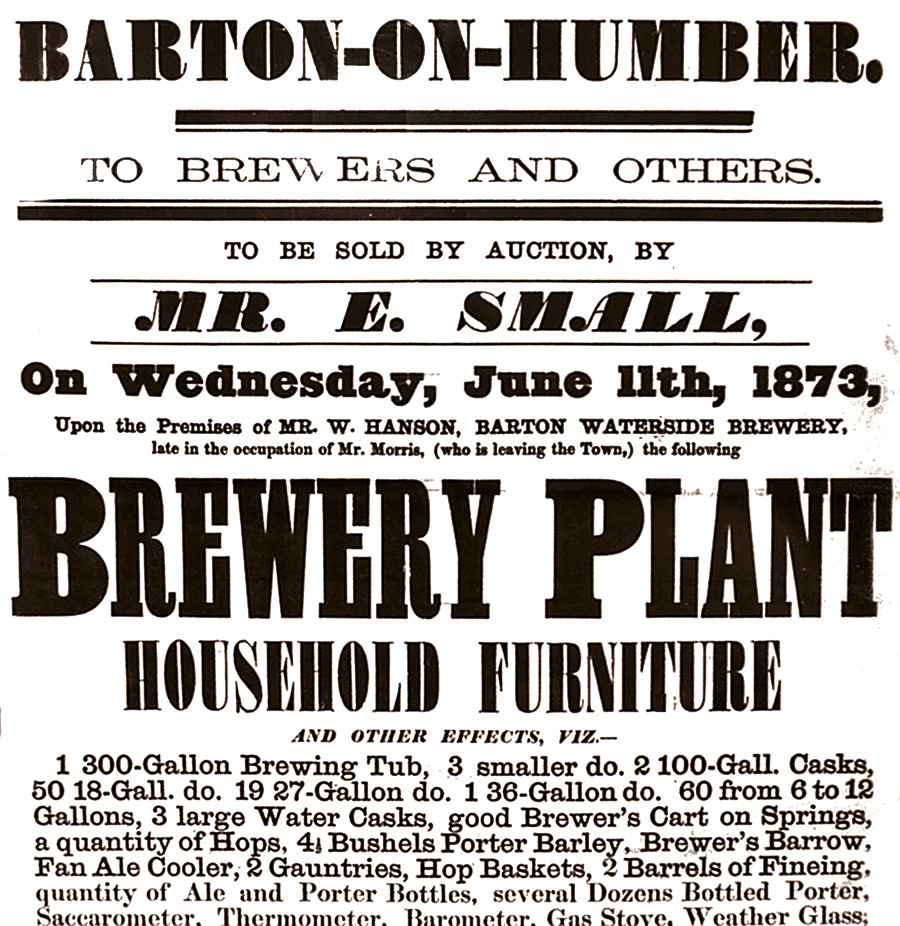 An advertisement for the sale of the ‘Barton Waterside Brewery’ in 1873 noted that it was ‘late in the occupation of Mr Morris (who is leaving the town)’ (see sale poster …. Mr Hanson?). This must have referred to the Morris family, who had been recorded as brewers and maltsters since the first Barton trade directory in 1826. James Morris was still recorded at Barton Waterside as a brewer in 1876 but the former Morris’s premises were almost certainly taken over by one of the other companies that were listed from the late 1870s onwards, e.g. Warwick & Woodhall when the Waterside area was well populated by maltsters and brewers as these other trade directory references illustrate (some of these references may relate to business premises but others to private dwellings, as the home of the brewer or maltster himself): 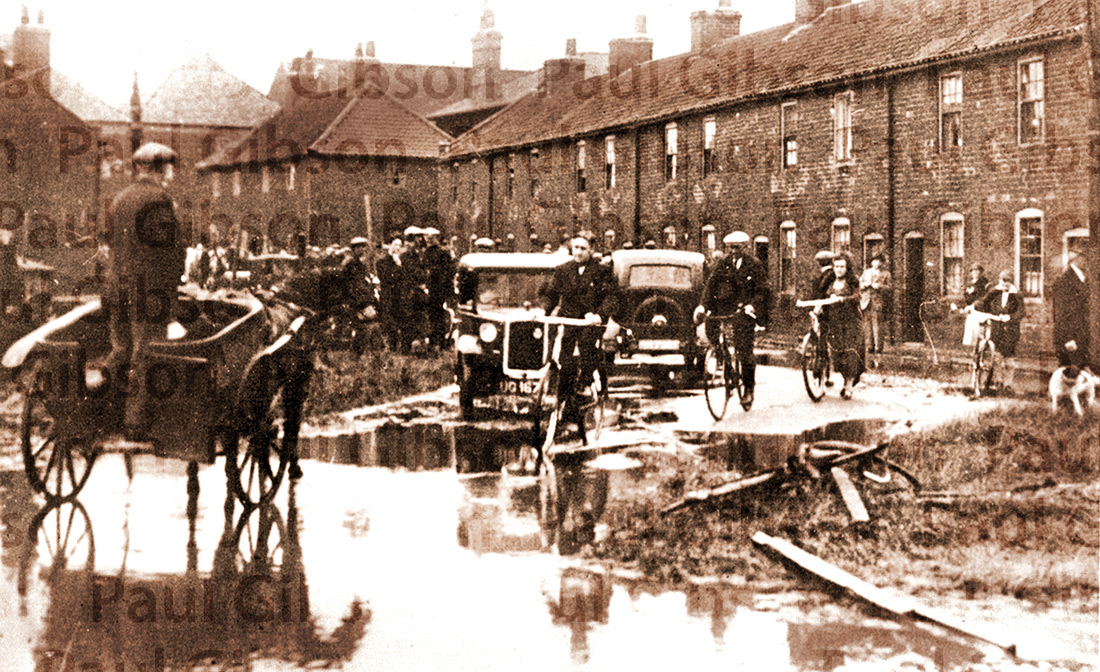 Malt Kiln Row or the ‘Malt kilns’ were two terraces of small dwellings near to the Barton Haven and were latterly referred to as the Maltings. Of the 100 or more people who lived in the 20 occupied properties who were home on the day of the 1881 census, 42 were children and 27 of the remaining 59 adults were employed at the many nearby maltings. 20 of those employed were listed as ‘maltsters’.

James Stamp was also known as a victualler at Whitecross Tavern and a brewer in Finkle Lane; the references below may refer to him brewing on the premises, or from the maltings that ran between Whitecross Street and St Mary’s Lane (see Hunt Brewery details).