In the early years of the last century Barton had, amongst other entertainments, a Literary Institute where members could read the latest newspapers, periodicals and journals; several Wesleyan societies and chapels; a Constitutional Club held at the Volunteers Hall; a Liberal Club in Queen Street; a Cricket Club, Lawn Tennis Club, Football Team, Ladies Hockey Club and a Golf Club; a Church Lads Brigade, Boys Brigade, and a Salvation Army room. Later - more modern entertainments - included ice skating rinks and cinemas. Not everyone went to the pub it seems, as these many other diversions illustrate.

The earliest reference to the theatre in Barton that I have found is in the Stamford Mercury newspaper of 1 July 1825. A travelling theatre company managed by ‘Mr Smedley’ was recorded in a substantial article: -

‘Barton Theatricals, - On Monday last our worthy manager, Mr Smedley, was complimented by a most respectable attendance of ladies and gentlemen at his theatre, Barton upon Humber, to witness the performance of “Town and Country” and “A Rowland for an Oliver”; being under the particular patronage of our respected Magistrate, and “by desire of the gentlemen of Barton.” – The dramatic taste for the evening’s amusement, happily congregated a fair proportion of gods and goddesses, and made altogether a most respectable house. The characters assigned to Mr Smedley’s company, were personified in many instances in such a manner as to exhibit “ the imitations of life, - the mirror of manners, - and the representations of truth.” The audience marked their approbation by frequent applause. Mr Smedley has fitted up our theatre this season in a remarkably neat manner; and it is so comfortably adapted for Barton, that we no longer envy the immense and ridiculous size of the theatres in the metropolis and some provincial towns, from which the audience cannot see the expression of countenance nor hear the different modulations of voice in the performer: and besides this, the gods have great reason to say with Edgar,

“How fearful
And dizzy tis to cast one’s eye so low.
The men that walk upon the stage
Appear like mice”.

Mr Smedley has evidently used his best exertions to procure a respectable company, and from his regard for legitimate drama, we have standard peices uniformly represented. He therefore richly deserves the patronage of all his friends, for his praiseworthy endeavour, as manager … ‘

1820s. Where Mr Smedley held his performances is not stated, but it may have used one of the church halls in Barton, or perhaps the back room of the former Blue Bell Inn (latterly Kookies), in Whitecross Street, which is known to have been used as a theatre. Alternatively he may have had a travelling stage, but this seems unlikely from the description in the newspaper text.

The Barton Assembly Rooms is a public hall with a bar, which can be used by those hiring the hall.

It has held a ‘music & dancing’ licence since at least 1932 (Thomas Smith was the applicant in that year), but initially had no drinks licence.

Queen Street itself was laid out from the 1830s and the Assembly Rooms were erected in 1843 at a cost of £700, originally as a Temperance Hall, with reading rooms. It was later to become a short-lived nightclub. 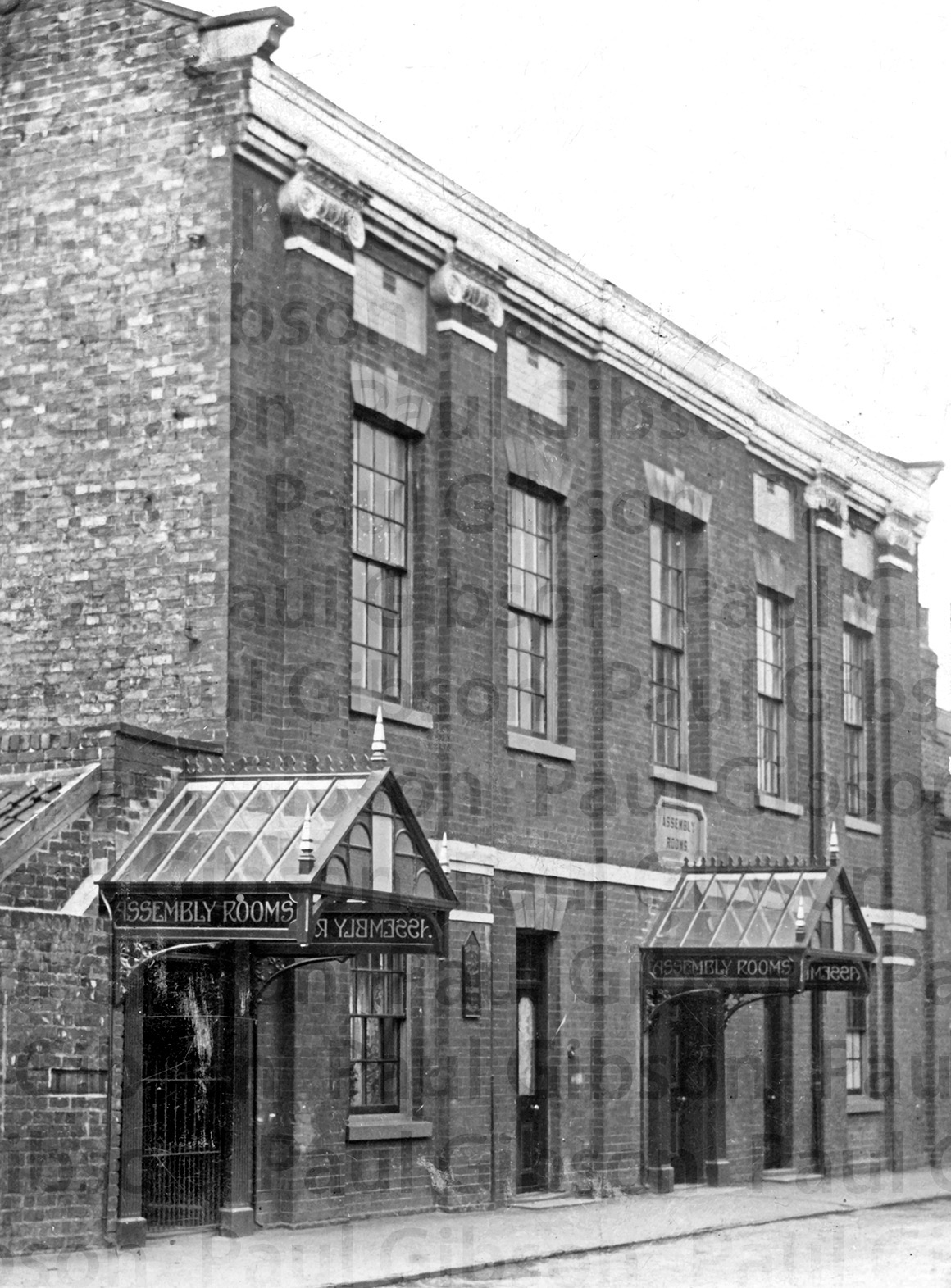 a.k.a. The New Theatre

The Oddfellows Hall was mentioned as a place of entertainment as early as October 1909 following its approval for a skating licence. It was noted in the Hull Daily Mail that: ‘Yet another skating rink is being provided in the town. The Trustees of the Oddfellows’ Hall met on Thursday night, and they decided, with one exception, to use the Hall on off-nights for a rink. There is not much preparation required, and the opening will probably take place this week’.

Roller skating continued to take place here sporadically until the 1930s, when it was enhanced by the addition of a sprung floor.

The Electric Picture Theatre was technically Barton’s first movie theatre, opening in 1911. It was housed in the Oddfellows Hall at the corner of Queen Street and High Street and was opened by Mr D Canty of Grimsby ‘for the showing of silent movies’. The 1916 town almanac also noted that the: ‘Odd Fellows Hall is now known as the Electric Picture Theatre – Lessee Mr D Canty’. In many of the Barton almanacs from around 1916 to 1920 it was noted as ‘Canty’s Picture Palace’. The Hull Daily Mail of 15 September 1919 ran a large advertisement: …

Chariman : F.L.S. Riggall Esq., supported by the vicar of Barton and other gentlemen of the town. No one should miss seeing this film, which includes many scenes of the War on various Fronts, West and East, in addition to the distinctively Church Army scenes.

A large attendance is cordially invited. No children will be admitted without adults. A collection will be made for Church Army Recreation Centres for our troops overseas, Social Centres at home, Hostels for Ex Service limbless , and the General Evangelistic and Social Work of the Society.’

‘Mason and Window’ were granted a cinematograph licence for the Electric Picture Palace in 1921 (Hull Daily Mail 9 March 1921). It remained the Electric Picture Theatre until c.1925, when it became known as the New Theatre (‘Barton’s cosiest theatre’) and was then used predominantly by a repertory theatre company.

In 1932 the Odd Fellows Hall held a licence for music and dancing but no drinks licence (Charles Bromfield was noted as the owner in the licensing register at that time). By 1940 it had ceased to be listed as a cinema and it was later used mostly for dancing.

Following the Second World War the main hall was sub-divided into offices used by amongst others the Ministry of Labour, Health, and National Insurance, and at one time held the public library. The hall survives and is due to undergo much-needed renovation work as I write in December 2020. 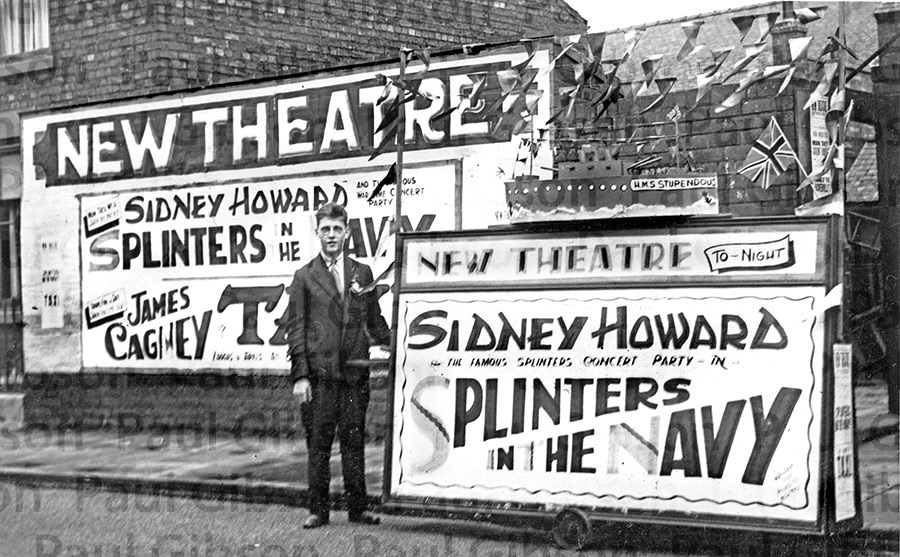 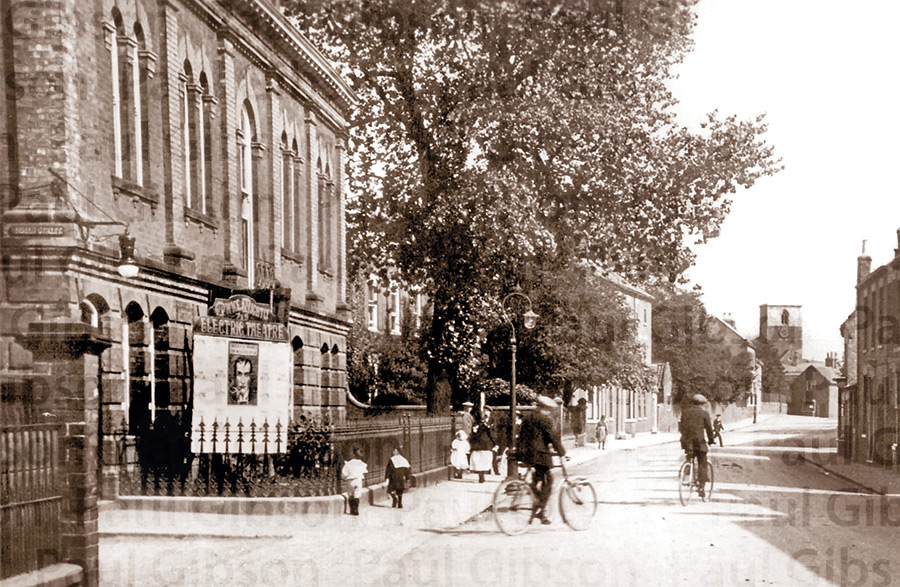 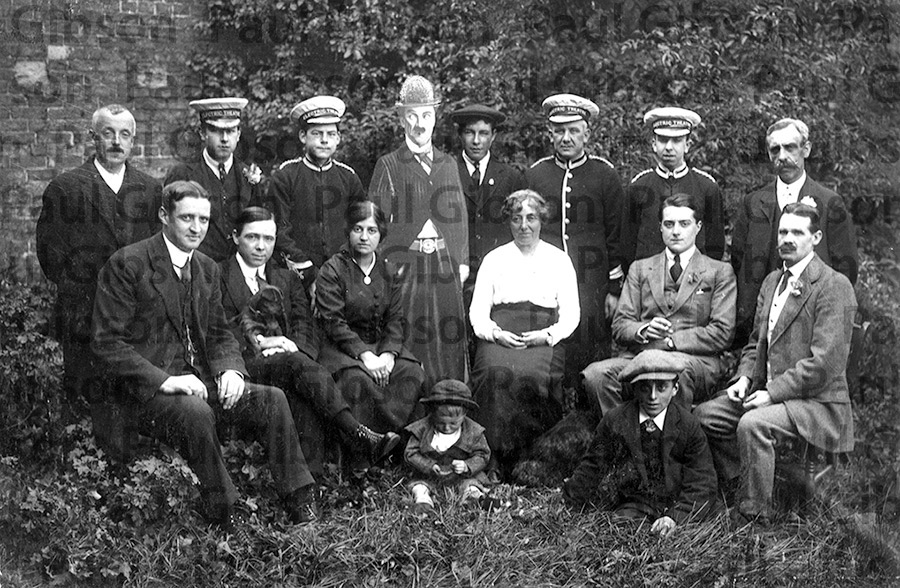 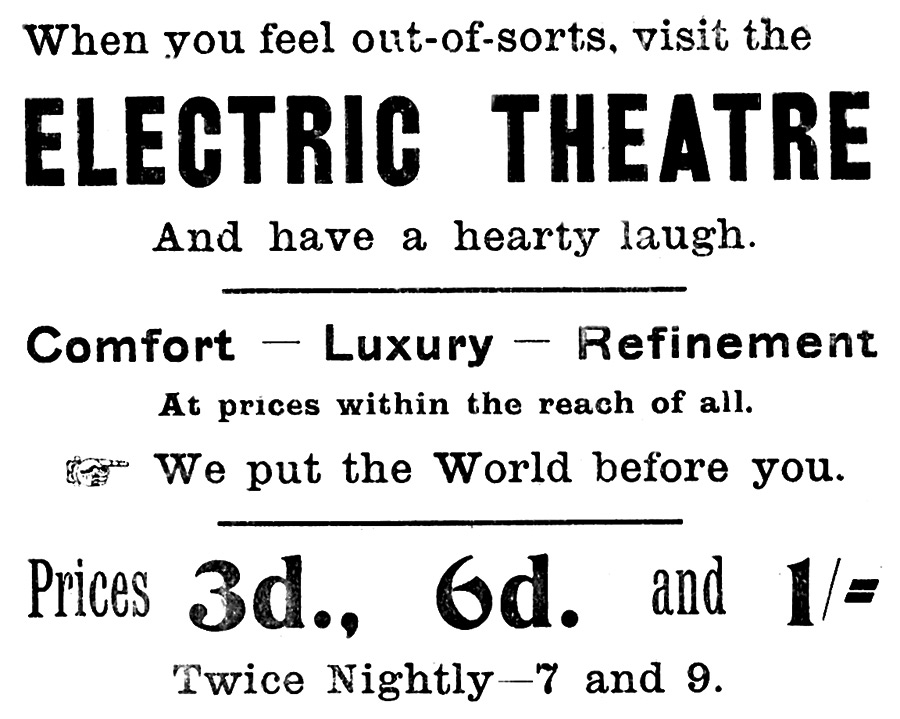 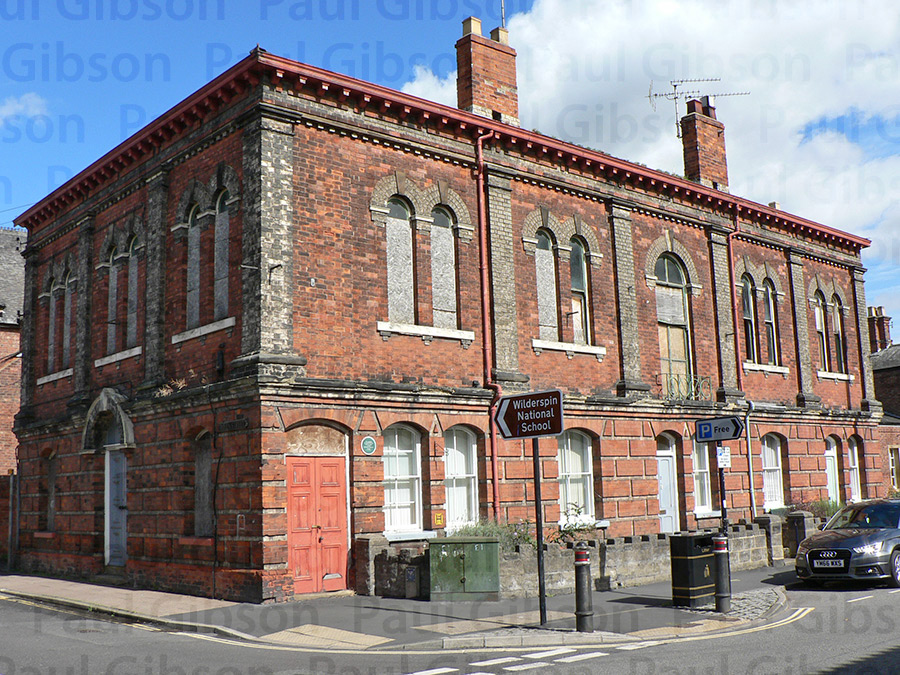 Following a period as a Roller Skating Rink from 1909-1912 (a licence was approved in 1909), this former malt kiln at the corner of Maltby Lane and Newport became another of Barton’s cinemas. Edward William Whitely managed the Oxford Picture House & Theatre of Varieties in Newport from at least 1920 until c.1930. The register of licenses notes that Cecil Whitley, possibly the son of Edward, held a music and dancing licence in 1932, but no drinks licence of any sort. The theatre normally showed two films per week, and Ethel Beacroft who worked in the box office is remembered by many locals to this day. Mr Whitely also ran the Star Cinema in Barton.

It was still licensed as a cinema as late as 1968, but the licence was not renewed in 1969. In 1969 it was still advertised in the town directory and was using Bingo to support its failing film audience. The last of Barton’s cinemas to close, it ended its run in the 1970s, although the Bingo continued for some time and the building was latterly used as a fitness club. Sadly it is currently vacant and becoming increasingly derelict. 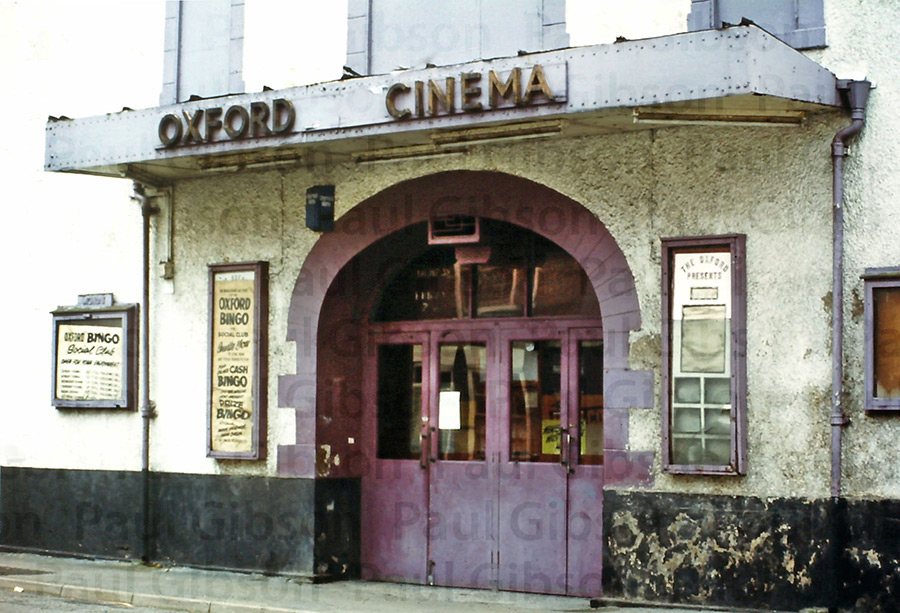 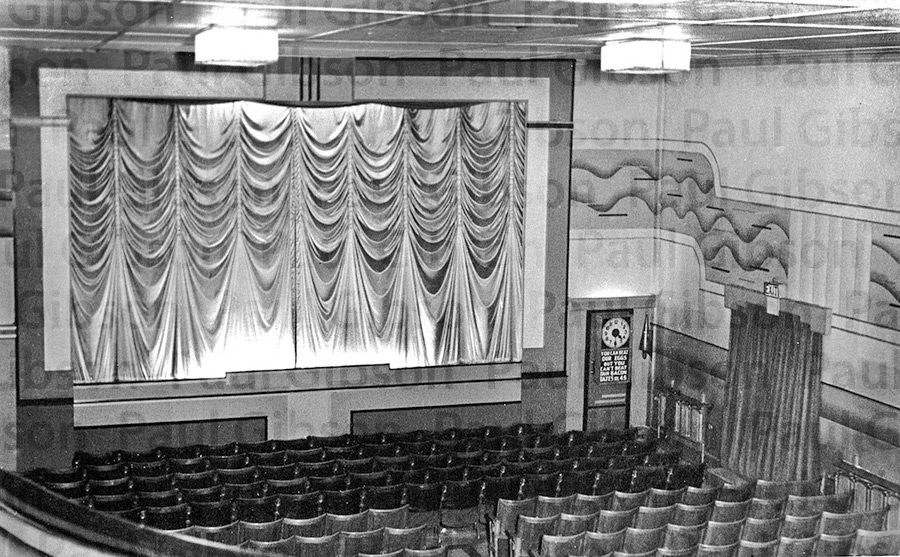 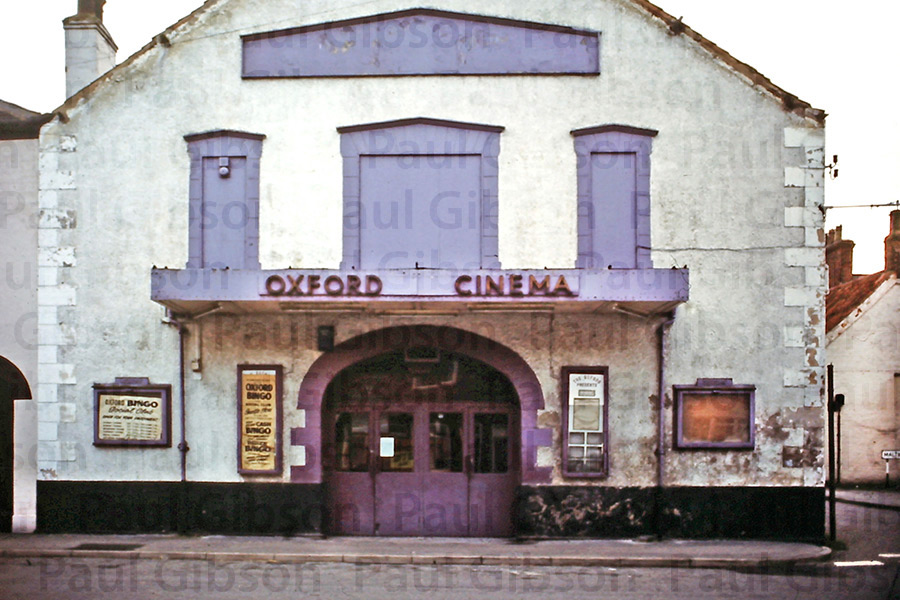 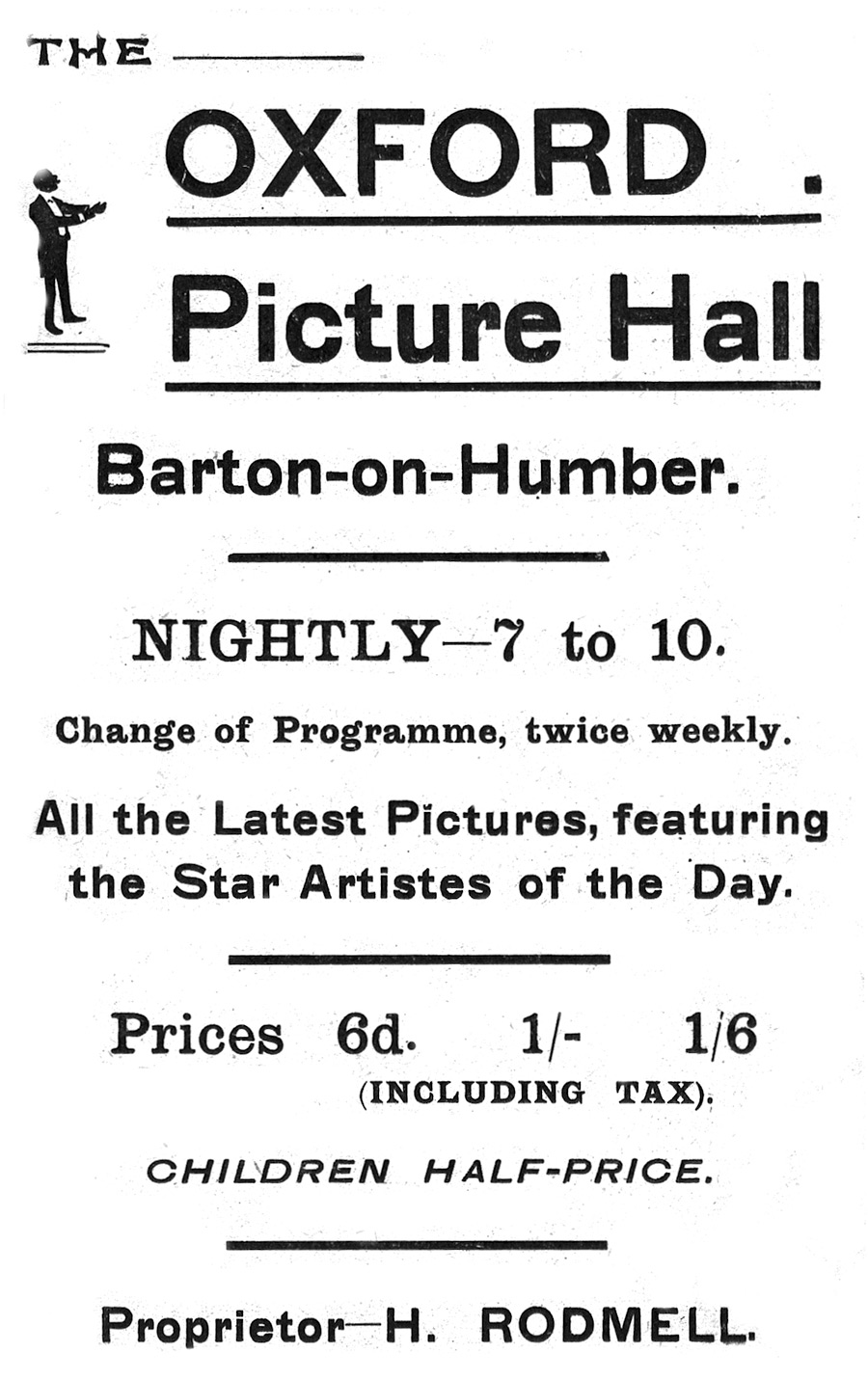 a.k.a the Central Hall Picture Palace

The Central Picture Hall was first mentioned in the town almanacs in 1916 when lessee Mr Percy Lee was in charge. He remained at the theatre, situated at the corner of Fleetgate until its closure c.1920. This basic cinema became known as The Star Cinema aby the end of the 1920s, the smaller of the two cinemas owned by Cecil Whitely who also had The Oxford in Barton.

It was originally designed by Barton architect and surveyor Arthur Stamp in 1913, for Mr J Wass. The architect’s plans record it as a ‘Public Hall etc.’. with the front elevation bearing the name ‘Palace of Varieties’, confirming it was initially used or intended as a ‘music hall’ style of venue. Plans show the whole of the ground floor given over to the ‘music hall’, with the upper floor being divided into a ‘sale room’ at the front and a large store room at the rear of that, and toilet facilities to the very rear of the building. The first floor was accessed by a staircase from the doors to Fleetgate (see copy plans below).

It was mentioned as the Central Picture Hall in town almanacs as early as 1921, and may formerly have been known as the Central Hall Picture Palace. However it was referred to locally as the Ranch, as it had a reputation for showing mainly westerns and cowboy films (see image below showing a display with horse-drawn wagon outside the cinema in 1923). It had a 12 feet deep stage, with two accompanying dressing rooms.

A notice in the Hull Daily Mail in December 1929 gave details of a kiosk that was to let outside the Star Theatre: ‘To Let, smart kiosk and stockroom, in front of cinema in Barton, with full cinema rights, highly suitable for tobacco and confectionery, Apply Star Theatre, Barton’.

In 1932 the Star Picture House also held a music and dance licence (proprietor Reginald Thresher Haywood) and, like Barton’s other cinemas, altered its use to fit changing attitudes and fashions. By 1953 it had been taken over by the Leeds based chain Star Cinemas. It closed finally on 5 June 1957, and was demolished within six months of closure. The site was then occupied by a supermarket, built early in 1964, which it remained for some time. More recently, Fleetgate Hardware store has long occupied the site.

Interestingly, the Hull Daily Mail reported in August 1930 that a ‘new cinema for Barton’ was proposed. East of England Cinemas Ltd, who had recently taken over the Star Cinema, and the Grand Theatre in Brigg, were understood to have procured an important site in Barton and had already instructed architects with regard to the building of a ‘really super’ cinema in the town. It was remembered that it was the same people who had ‘introduced talkies into Barton’ a few months earlier. It seems little became of their plans. 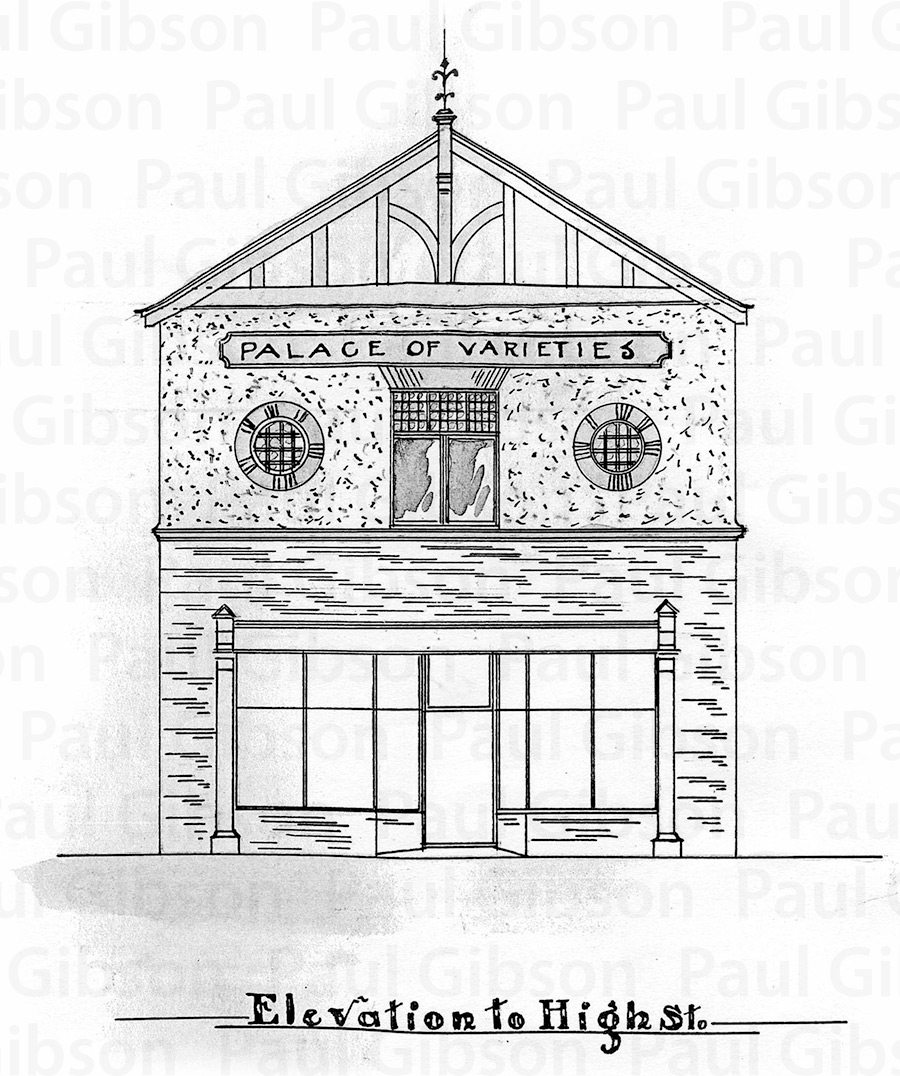 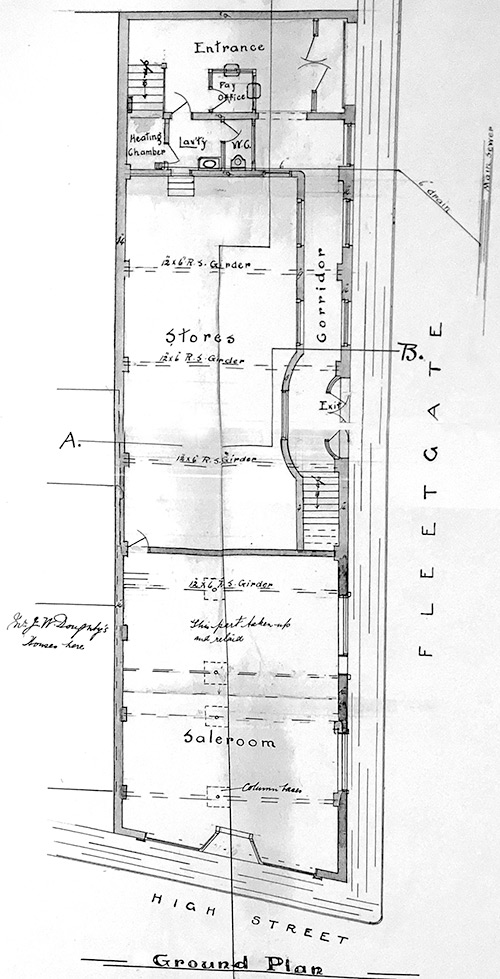 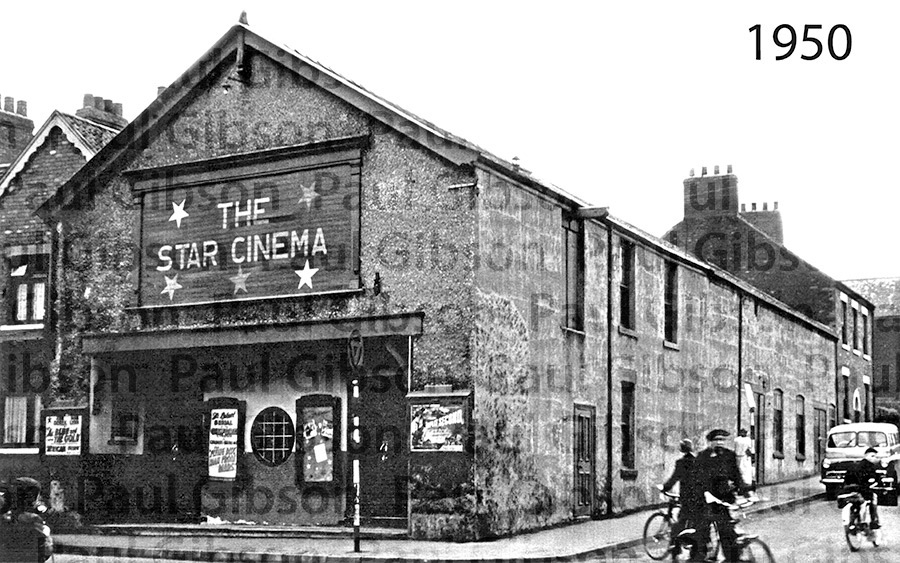 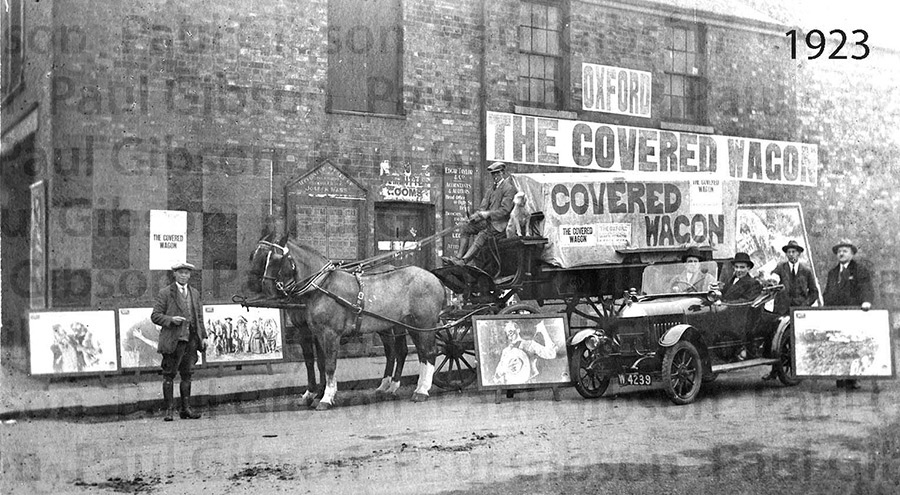 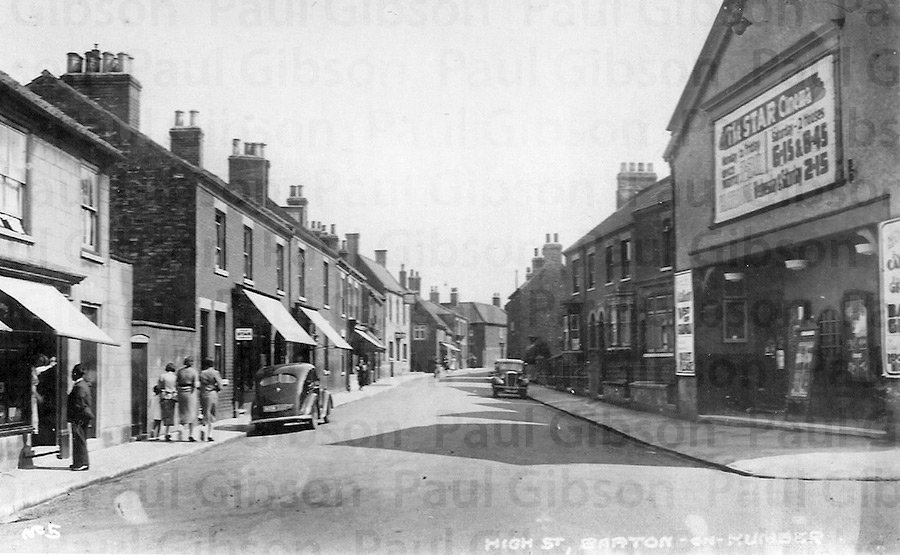 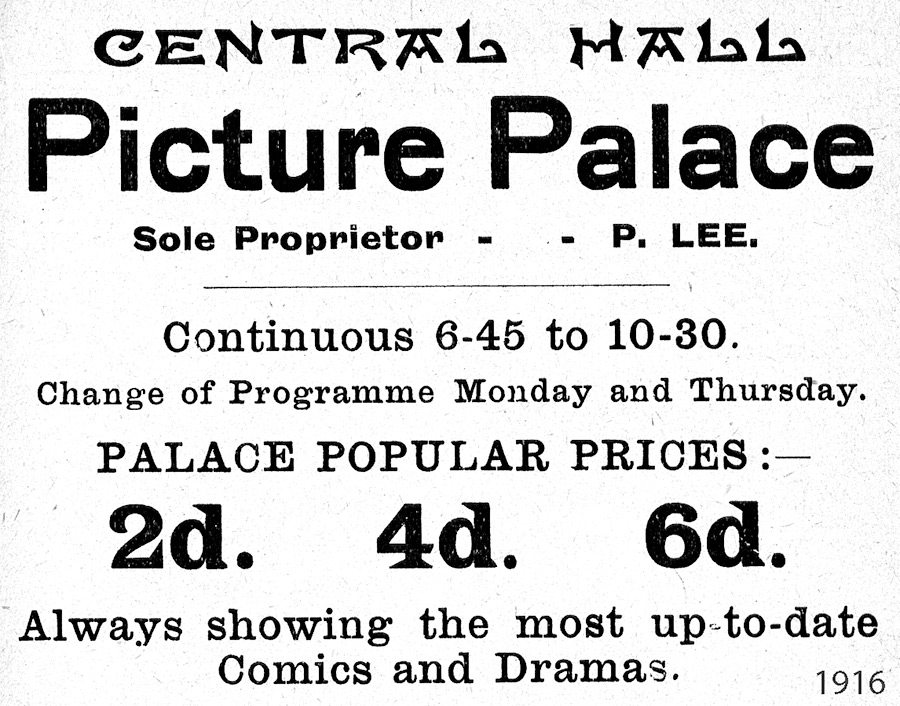 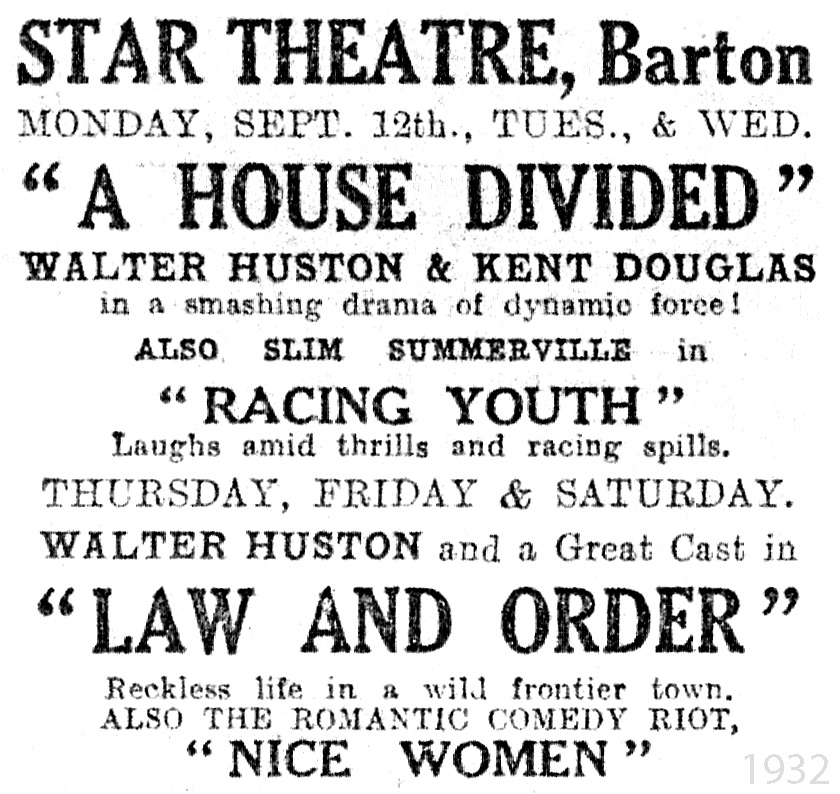 Barton’s geographical isolation from the rest of England affected its fashions and the trend for coffee houses seems to have gone relatively un-noticed with just one reference in 1856 when Elizabeth Burnett was noted at a ‘Coffee House’ in the town. Coffee Houses were unofficial pubs, usually serving meals and purporting to be higher in stature than a common alehouse but in fact were actually very similar.

The Drill Hall on Butts Lane, Odd Fellows Hall on High Street, and the Star on High Street were all used for dancing at one time. The Assembly Rooms on Queen Street had also been used as an earlier venue when ‘fashionable dancing’ and balls were held during the 1850s. Many pubs also held dances in their larger rooms, e.g. the White Lion as noted in this article from the Stamford Mercury in 1850:

‘A masquerade ball, under the management of Mr Dawkins of Hull, took place in the long room of the White Lion Inn, Barton on Monday night the 11th instant, when everything passed off pleasantly. The novelty of the amusement drew a large company, and as Mr Dawkins brought with him a variety of costumes, a number of dancers appeared as sailors, brigands, Scottish chieftains’ etc. The room was tastefully decorated, and the whole had a very pretty appearance’.