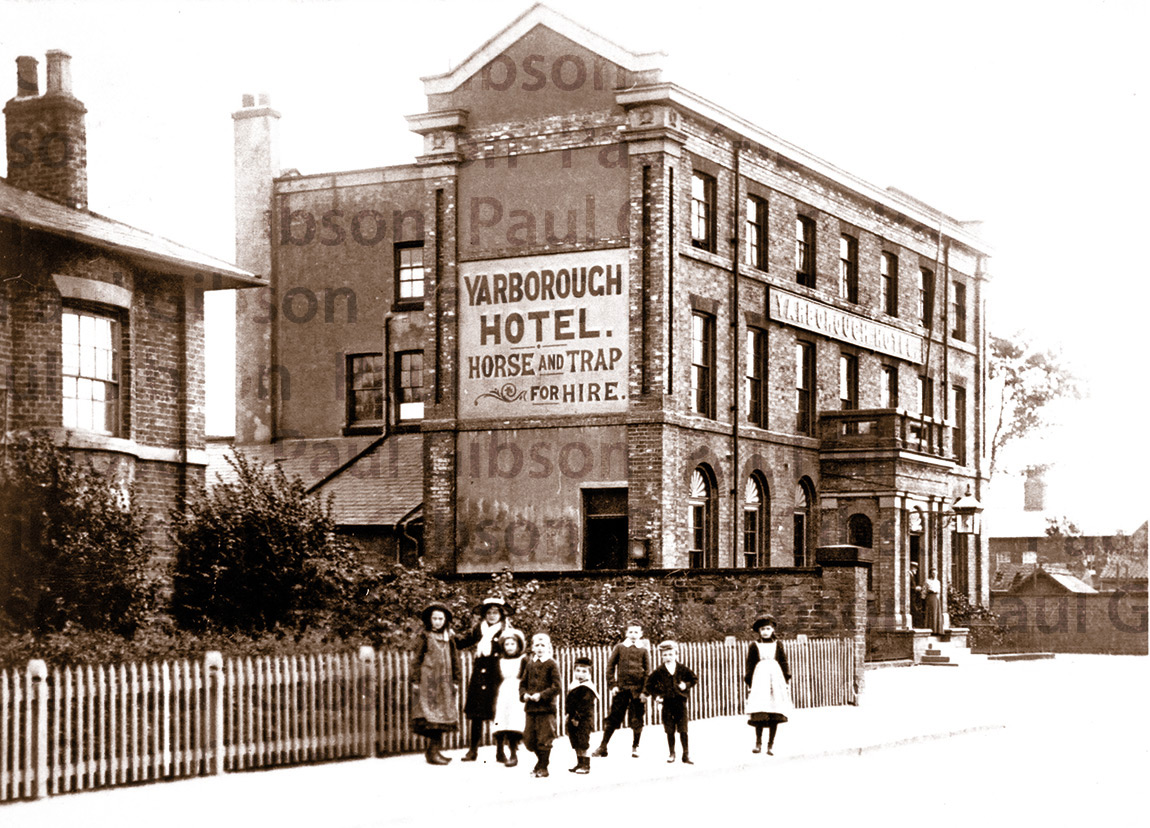 The impressive building that was once the Yarborough Railway Hotel dominates the skyline of New Holland as it has for over a 150 years. The present structure, however, is not the original. Although strictly speaking an Hotel, it could still be used by locals as a pub.

The original inn, built to serve the ferry passengers was constructed c.1825/6, probably by businessman Joseph Brown of Barton. It was almost certainly named after the Earl of Yarborough, who owned much of the land in area. The Yarborough Hounds and Hunt were also situated at nearby Brocklesby. White’s 1856 trade directory noted “… New Holland, where a large Inn was built on the Humber Bank about twenty five years ago; the turnpike extended it, and every other necessary accommodation provided for the establishment of a ferry from Hull.”

It was indeed extended c.1832 when “tea gardens, a skittle ground and a bowling green added”. Probably as a result of this, in 1833 one commentator was driven to suggest that New Holland was becoming a “Fairy land”. The Hull Advertiser, 8 January 1841 contained the following notice: – 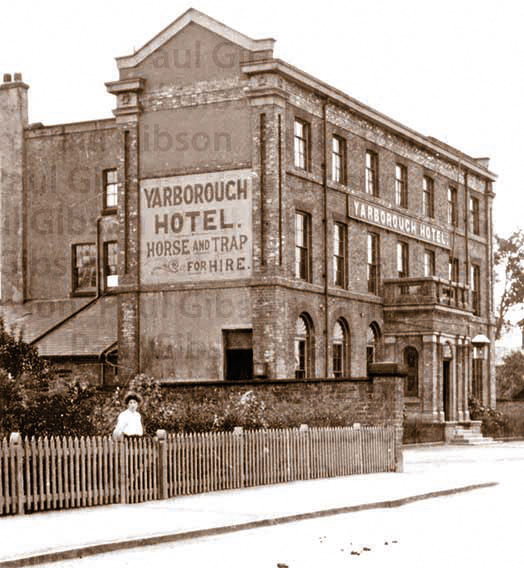 Another image of the Yarborough Hotel, from c.1905.

TO BE LET-, and entered upon at Old Lady Day next, the YARBOROUGH ARMS INN and POSTING-HOUSE,with the Stables, Coach-Houses, Brwehouse, and other Outbuildings, and the Garden, Orchard, Shrubberies, Bowling Green, and Pleasure Grounds, thereto belonging, with the Close of excellent old Pasture Land adjoining, containing about eight Acres, situate at New Holland Ferry, in the Parish of Barrow-upon-Humber, Lincolnshire, as the same are now occupied by Mr. George Taylor.

The House has recently been enlarged and improved and is replete with every convenience. The Stables and Coach-Houses are very extensive and commodious, and the Garden and Orchard are well stocked with fruit and the trees in full bearing. The Bowling-Green, Shrubberies and Pleasure Grounds are tastefully laid out and delightfully situated, adjoining the banks of the River Humber.

The business of the Ferry is progressively increasing, and the London and Hull and Boston and Hull Mails, and the Nottingham and Hull Magna Charta Coach, now run there in connection with the Hull and Selby Railway. Steam Packets ply between this place and Hull six or eight times a day, and the passage is usually made in about 20 minutes. A sailing-boat, for the conveyance of Cattle and Carriages crosses daily. The Tenant may have the Horsing of the Boston and Hull Mail from Caistor (18 miles) and the Magna Charta Coach from Brigg (13 miles), if satisfactory arrangements can be made for that purpose, and, in that case, the Tenant will be required to rent the Stables and Premises called Bonby or New Holland Lodge, situate between New Holland and Brigg. For Particulars etc.…”

The inn and land etc. were purchased as part of a package, which included both the Barrow and New Holland Ferries, in 1845 by a group consisting of former directors of the Great Grimsby & Sheffield Junction Railway and other private investors. This was a constituent company of the Manchester, Sheffield and Lincolnshire railway. The old inn was demolished during the railway construction works as Grimsby was linked with New Holland in 1848; the present structure was built by William Kirk of Lincoln and was opened in April 1851, having cost £1,825 to construct.

The inn and one or two buildings near the shore were still the only buildings in New Holland at that time and as late as 1848 there were still only a few cottages and a “Wayside inn” in the village.

Brewer’s Sergeant & Company of Brigg owned the Hotel prior to the Hull Brewery who took it over c.1925 (latterly North Country Brewery from c.1970). The Hotel was very popular and from c.1922 a “Railway Men’s Coal Club” was listed until at same address, closing c.1930.

The Hotel itself was licensed as an ale-house in 1932 by the London & North Eastern Railway Company, who also ran the New Holland Refreshment Rooms at the railway station, and New Holland Pier Refreshment Rooms, both of which had ale-house licenses around the same period; evidence of the large workforce still living in New Holland at the time. The building was later renamed the Lincoln Castle, after the former paddle steamer but closed in the late 1990s. The building is still extant in but is used as the offices of Arbor Forest Products (latterly Howarth Timber) who take good care of it. Despite several alterations.

Sadly, at some point in recent years, the original grand entrance and the former railway inspector’s house to the north of the hotel were destroyed yet the building retains its elegance, and can be seen as a very modern building for its time. Its seven bay frontage and excellent shell details over the ground floor windows reflect the investment in property of the railway companies in the Victorian era.

The former Yarborough Hotel was given Listed Building status in May 1985.

Some references to the Yarborough: -