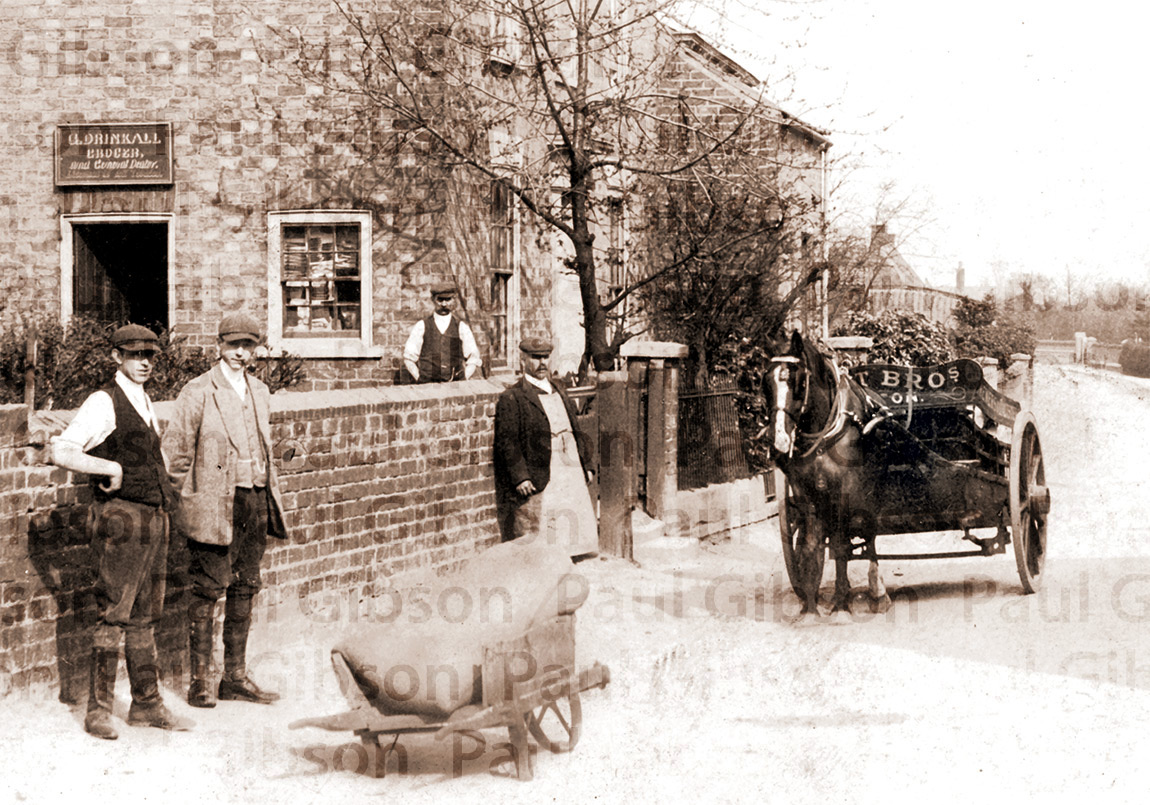 ‘Every Brewer and every Baker within the Town of Barton aforesaid is to pay as an ancient Duty unto the Ale Tasters of the said Town, yearly and every year, four pence. (To wit) two pence at Easter and two pence at Michaelmas, for which the said Ale Tasters are to provide two dinners for the Jury of the Town of Barton aforesaid, at their own proper Charges. (Two wit) at Michaelmas Head Court and Easter Head Court, yearly according to ancient custom.’

The book also held a number of instructions for the Barton townsfolk, including:

‘… no Householder within this Town do occupy any baking or brewing in the night Season. Neither for their own use nor for victualling of Markets or otherwise, after 8 of the Clock at night or before 5 of the Clock in the morning in pain to be amerced for every default five shillings.’

Malt liquor was the average drink of most people before the late 19th century, as the quality of the available local drinking water was often very poor. Stronger beers and ales were generally reserved for the adult population whilst table or small beer was drunk by other family members, including children, and servants. Brewing was regarded as a domestic duty and it was usually the wife who brewed the ale in the household. Pubs and inns often brewed their own ales; the rise of the ‘common brewers’ provided a source of ale for all sections of society, and began the commercial supply of ales and beers to pubs that had previously brewed their own. Breweries were situated all over Lincolnshire but beer was difficult to transport and market in the 18th and early 19th century. Amongst the main ingredients of beer are yeast and malt, and many maltings developed in the area to provide these raw materials.

Consequently, many of Barton’s inns had brewed their own beer; probably most of the earliest recorded ones. The George, Coach & Horses, Volunteer, Wheatsheaf and Waggon & Horses are all known to have had their own brewing facilities. The system was heavily loaded against the brewing victualler however, and by the middle of the 19th century most if not all of Barton’s pubs would have had little choice but to buy from the common brewers. Even the breweries in Barton had all ceased to operate by the turn of the 20th century, the last brewer being Hunt’s who brewed their final ales c.1905. The larger breweries had completed their monopoly of the area, although some maltsters carried on until after the Second World War at which time many of their former buildings changed to other uses.

Hewitt Brothers of Grimsby and the Hull Brewery Co Ltd had most of the houses in Barton and district but Moors’ & Robson’s of Hull, Linsley & Co of Hull, Sutton Bean & Co of Brigg, and Fox’s of Sheffield made in-roads whenever they could. Locals, including ex-victuallers, recall that Hull Brewery beer was shipped on Stamp’s Market Boat or barge to ‘Oss’ Boat Ole’ and then by cart to the various pubs. Many landlords complained of beer that was almost past its best by the time it arrived, and a short-lived south bank storage depot was set up behind the Yarborough Arms at New Holland. Hull Brewery also maintained Sutton Bean’s former premises as a storage facility at Brigg. The supply situation was improved when Hull Brewery began sending almost daily rapid response deliveries by road transport, latterly in their own tankers.