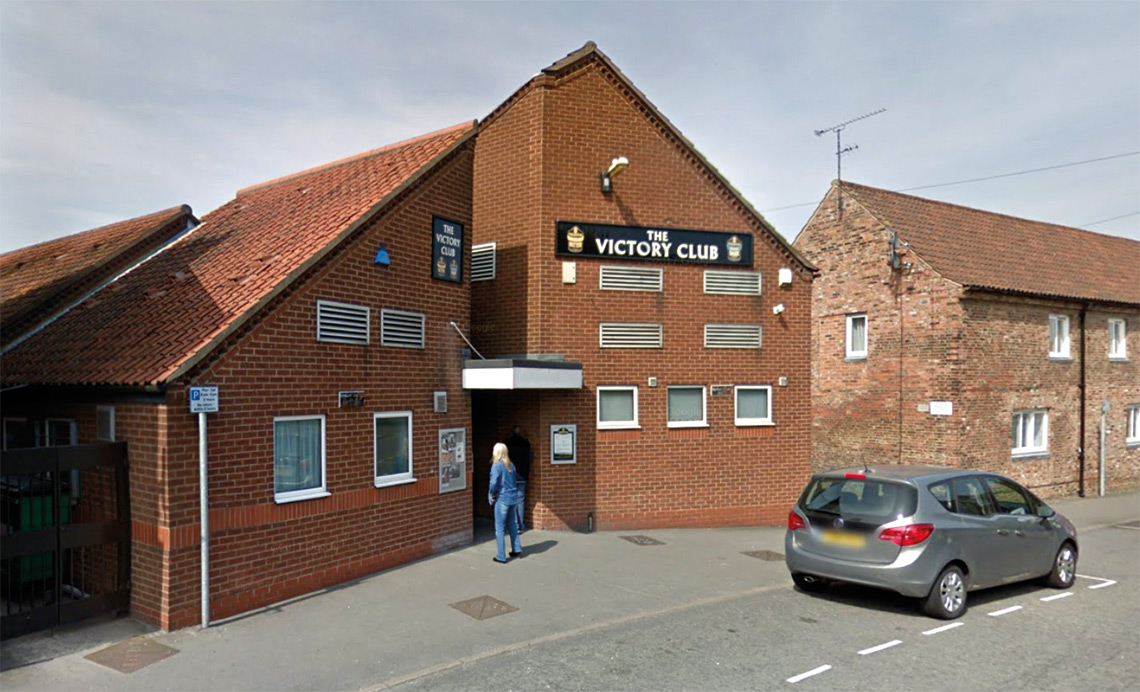 The Victory Club, on the west side of Hungate was first listed in a trade directory 1934. It was originally established by virtue of a grant from the British Legion in 1921. It is a long-standing private members club and as such doesn’t really count as a ‘pub’ for the purposes of this study.

It underwent rather unsympathetic re-building, refurbishment and alterations in 1993, which proved disappointing to the Barton Civic Society and now appears quite ‘of its time’, and uncomfortable in its surroundings. However it is still open and apparently doing good trade.