Without the many local and travelling itinerant photographers, we would have very few old images of the many pubs and streets of Barton and district to refer. Those listed here are the better-known photographers that once worked in Barton, but it should be noted that many larger regional and national companies visited the area and made photographs.

Parrish & Berry of Hull, Francis Frith & Co, and W.A.R Co of Doncaster to mention just a few, have left a wonderful and invaluable legacy of old postcards and prints showing the area in its heyday. An early newspaper reference to one such travelling photographer, in the Lindsey Observer of 1858 noted:

‘Morel’s Magic Portraits Surpass All – Taken daily at his Portable Room, Market Place, Barton. Call and see the specimens, which are considered to be some of the finest in England. The Art taught and the apparatus supplied’.

Many of the postcard views produced by Arthur Brummitt from c.1905 were marked with an efficient stencilled title and his initials AB, followed by a serial number to assist with re-ordering. He was predominantly known as a druggist and wine & spirit merchant who was also a photographer, and even pulled a few teeth when required. His premises were in Fleetgate, at no.37, where he operated until c.1916. The property survives to this day but has been re-numbered no.47.

A sample of his marked postcards - a view of Burgate - is shown below. 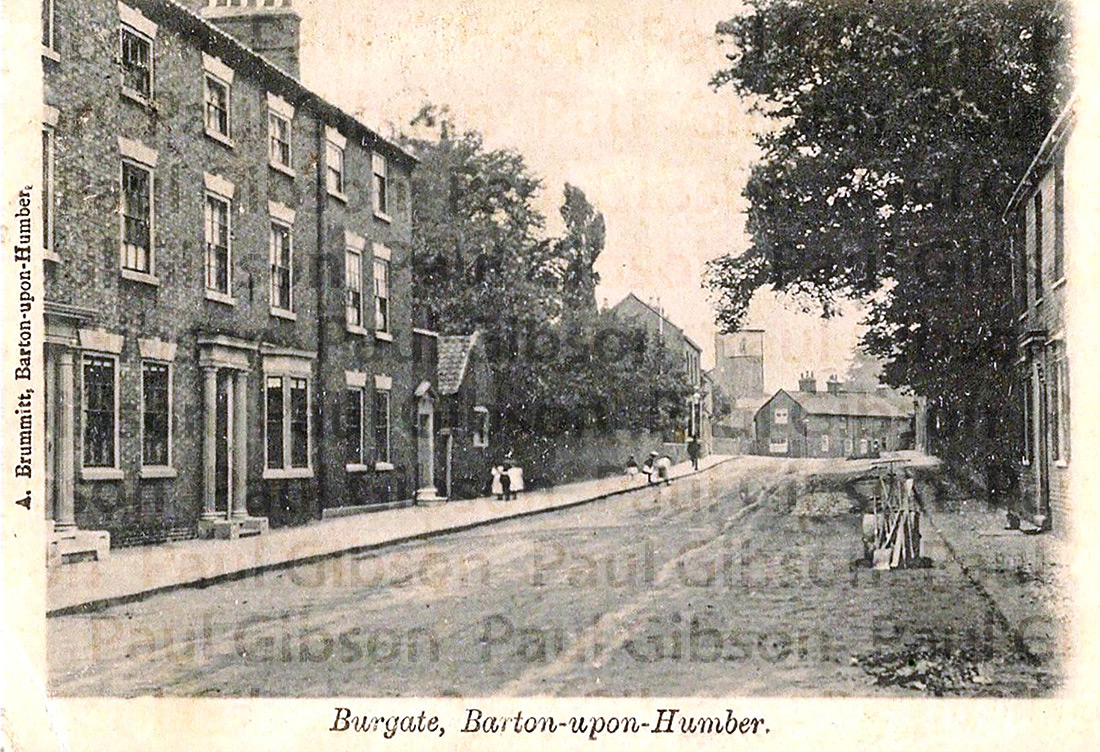 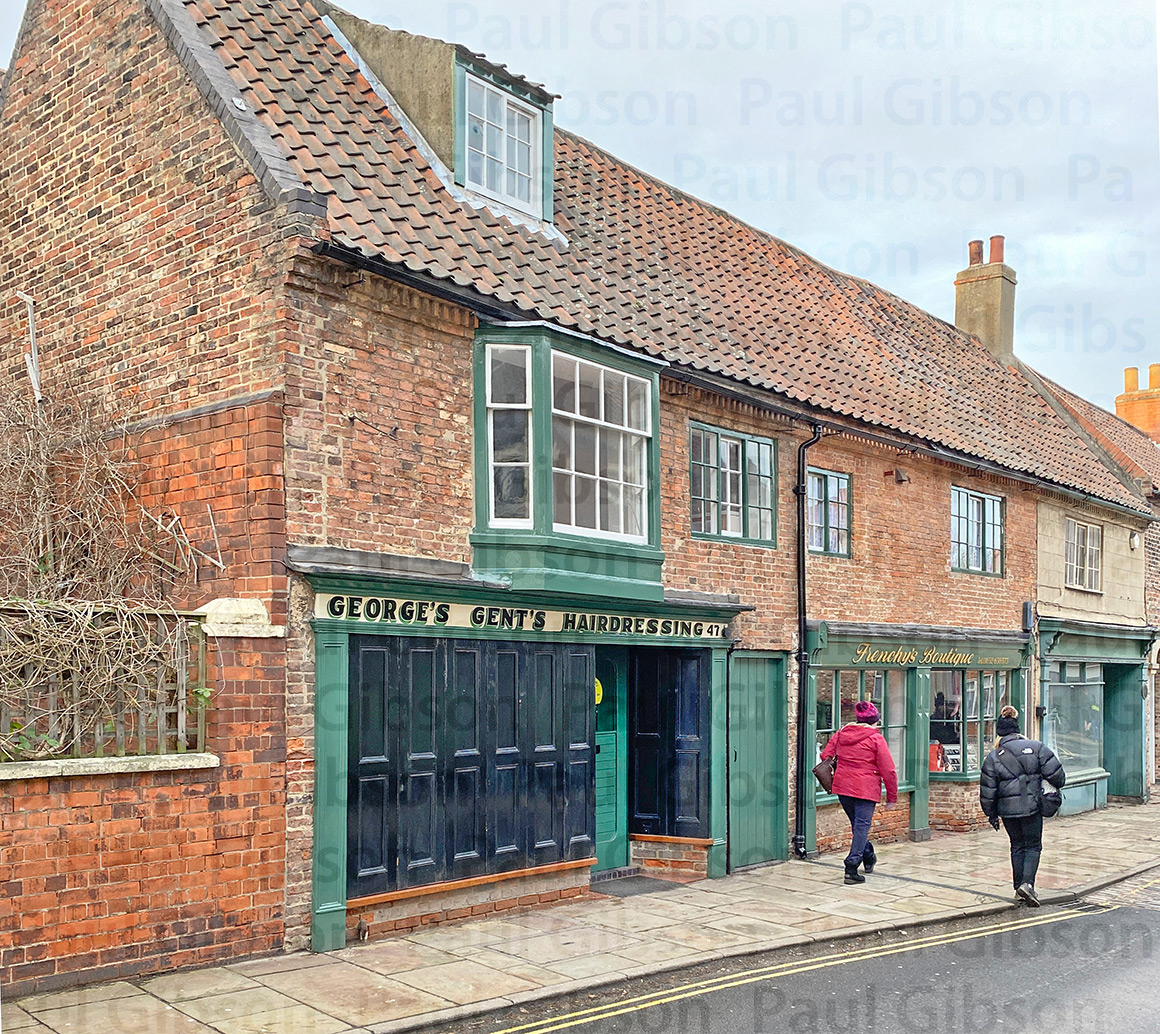 Photographic artist of Barton, was recorded in the Stamford Mercury of July 1863.

Local photographer Charles Canty was the son of jeweller Susannah Canty who resided in Market Lane according to the 1881 census. She was noted as a 58 years old widower with three sons; George aged 30 years, who was a watchmaker; 26 years old Charles noted as a photographer; and Frederick aged 23 years and a butcher by trade. Also listed was one female household servant, 14 years old Frances White. The following are Charles’ known addresses as listed in the trade directories, although he is later known to have been at no.35 Fleetgate (now No.45) for many years:

The wording from the reverse of one of Canty’s carte-de-visite photographs is shown below. 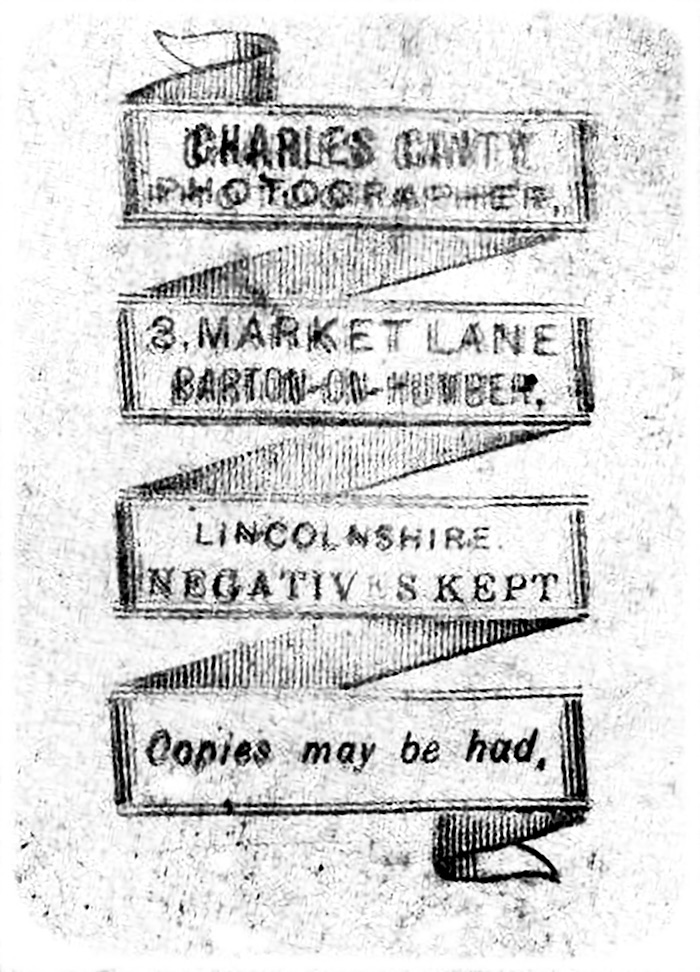 Mr Fox-Smith was a well-known local who is known to have produced photographs (e.g. illustrations for town almanacs c.1920s) and was a descendant of Mr Fox-Smith who produced the Barton town almanacs around the turn of the 20th century. His store was selling photographic requisites from as early as 1912 according to the advertisement in the town almanac of that year.

An image of Fox-Smith’s shop is shown below. 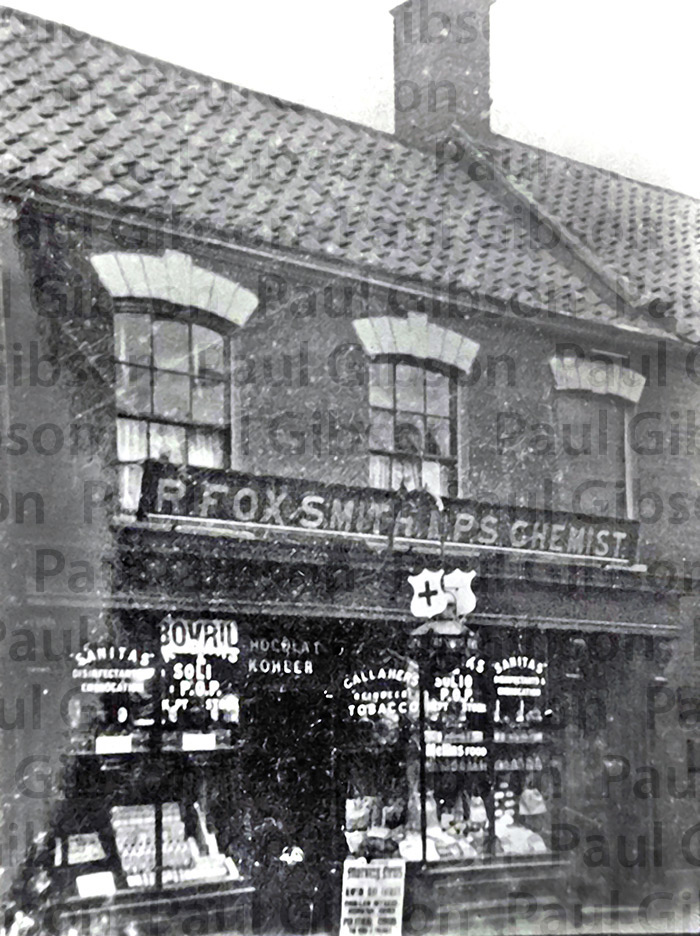 Cartes-de-visite photographs exist with Mr Hardy’s name on the reverse that appear to date from the 1860s-1870s, although further details of him have proved hard to find. He may well have been a short-lived and itinerant travelling photographer who may well have spent no more than a year or so in Barton, and hence avoided being featured in trade directories or the census returns. 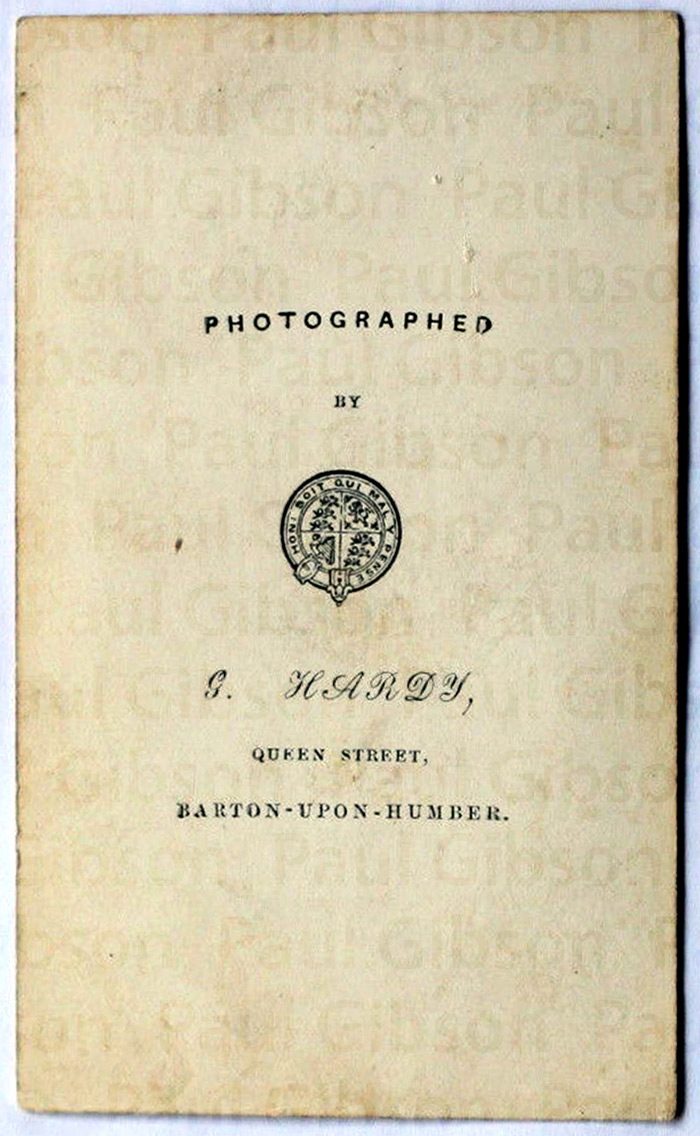 Mr Lowther was active as a photographer from an address in High Street c.1858 according to the local press, which recorded:

‘We have been favoured with a sight of a family group of portraits, taken by the new process of our townsman, R Lowther, High Street. They certainly are beautiful specimens of photography, and finely coloured in oil. We advise patrons who wish to obtain a really artistic picture to patronise him’.

A later report notes that he was bankrupt in 1862 when he was described as a carver, guilder and photographic artist.

Mr Moody was possibly Barton’s first resident photographer, i.e. living in Barton, rather than passing through as early travelling ‘photographists’ did. He was recorded at an address in Ferriby Road in an advertisement in the local press (Lindsey Observer) in May 1856, which noted:

‘... Mr Moody has commenced taking COLLODION PORTRAITS, having erected a Glass House for the purpose, with every convenience for taking them well’.

Predominantly a local portrait photographer, Bertram also made many picture postcard views in and around Barton c.1907 until at least 1932. A notable character in Barton he would cycle around like many photographers of the time, recording what he saw for posterity and a quick sale. He signed most of his postcards at bottom left corner ‘B Parker Barton-on-Humber’. His earlier cards are marked simply with his initials B.P. A 1913 advertisement for Bertram noted:

In 1921 he had added ‘I am now in a position to take Photographs by DAY or ELECTRIC light’ and by 1926 he had opened premises in Marsh Lane as a motor car proprietor; it was this address where he kept his smart wedding cars etc. and operated a Taxi service. By 1933 he was no longer advertising as a photographer, being listed simply as motor car proprietor from no.12 Finkle Lane until c. 1939.

Another Bartonian known to have produced photographs for town almanacs during the 1920s. Almost certainly the son of Fox-Smith.

Edward was recorded in a 1913 directory as a photographer, resident in Newport Street.