The Friendly Societies originated as a social gathering, a convivial meeting of like-minded people usually held in pubs. This was for no other reason that there was usually no other place to meet. Developed in the 18th century the societies met once a month and were usually attended by the more thoughtful and frugal members of the working class.

The annual club feast held by the societies was often the most popular event in a town or village, where the feast and associated procession through the streets was eagerly awaited.

They developed part of their organisation into a form of insurance or benefit system, whereby members could pay regular sums to a fund. In times of need, during sickness or any periods of unemployment, the fund would support the members, and upon their death pay a sum to their family or spouse. These were just the main benefits but the importance of the societies cannot be over stated, as they provided a whole host of other benefits that were unavailable elsewhere.

In Barton the ‘Barton Old Friendly Society’ held its 81st Anniversary Dinner at the George Hotel in 1856, which suggests that it had been formed as early as 1775. However, other sources reveal it was actually formed even earlier in 1744, when its funds were noted to be £3-11s-10d. A ‘New Friendly Society’ was formed in the 19th century and their annual dinner was held at the White Lion in 1858.

Amongst the many Friendly and Dividend Societies listed in Barton at the turn of the 20th century were:

Friendly societies continued throughout the 20th century and some exist in a slightly different form to this day.

Featured below is a section of a photograph of the White Swan, at the corner of Fleetgate, from 1926. In it can be seen a painted window advertisement stating that the R.A.O.B Lindsey Unity Lodge met there. The Royal Antediluvian Order of Buffaloes (Buffs) is a variation of the Friendly Societies, that was formed c.1822, and initially served people mostly from the entertainment industries.

The other photographs show meetings and parades of friendly societies in Hull from c.1910, and the meetings in and around Barton would have been much the same.

A lasting reminder of the authority and importance of the friendly societies in Barton is the extant Oddfellows Hall at the corner of High Street and Queen Street (see 2018 photo below). This was was built in 1864 by the Good Design Lodge at a cost of £1,000. In 1911 it became Barton's first cinema, the Electric Picture Theatre (see cinemas and theatres page of this website). Latterly it was used by a theatre company and in the 1930s as a roller skating rink, having been used regularly as a dance hall during the Second World War. 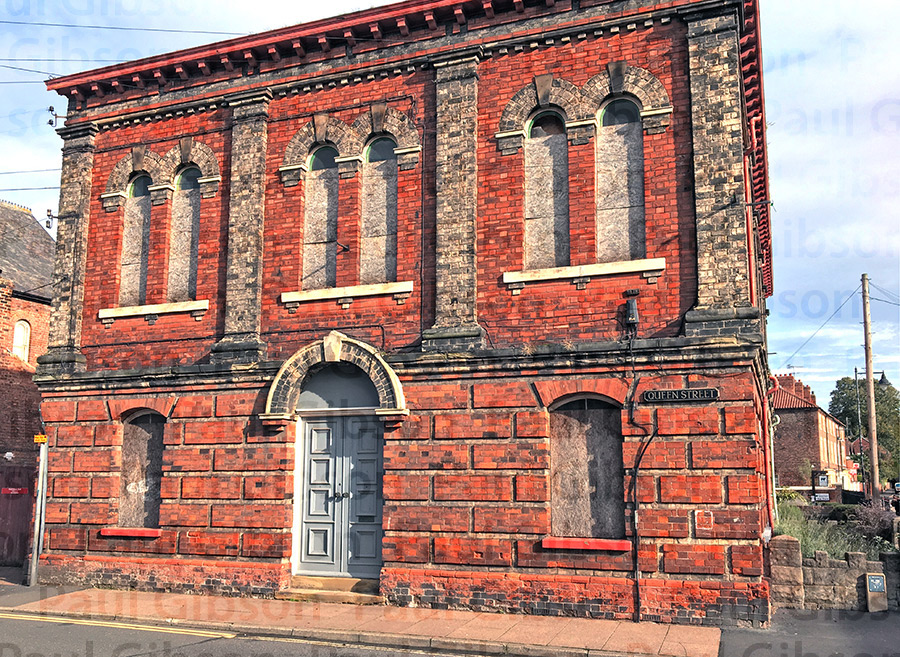 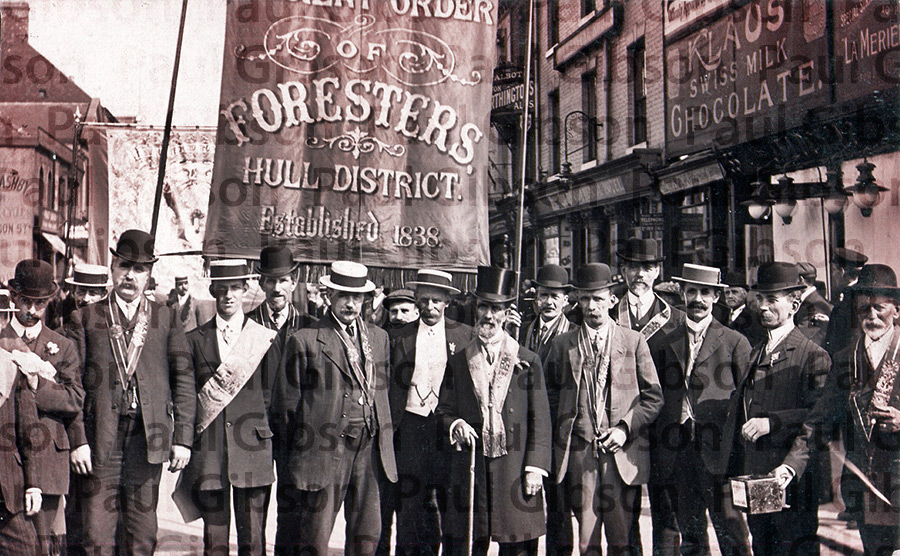 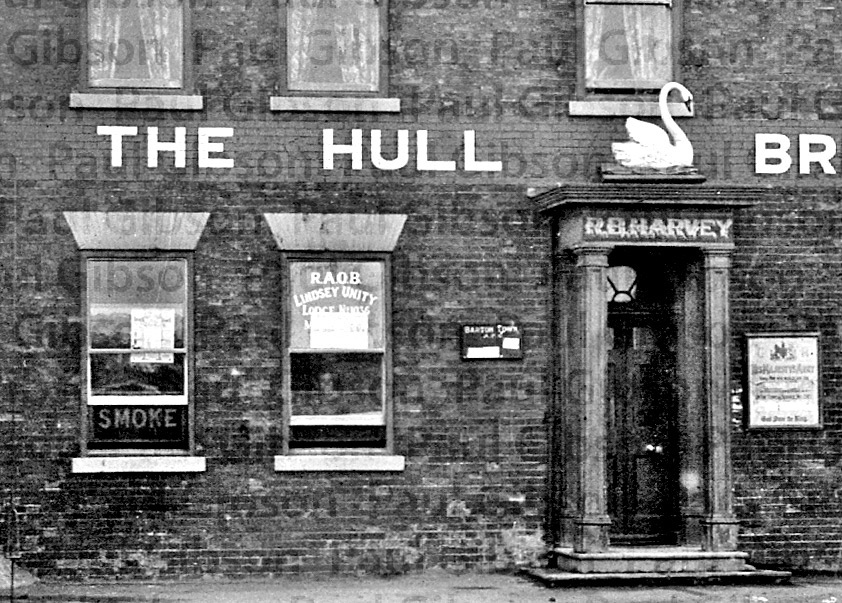 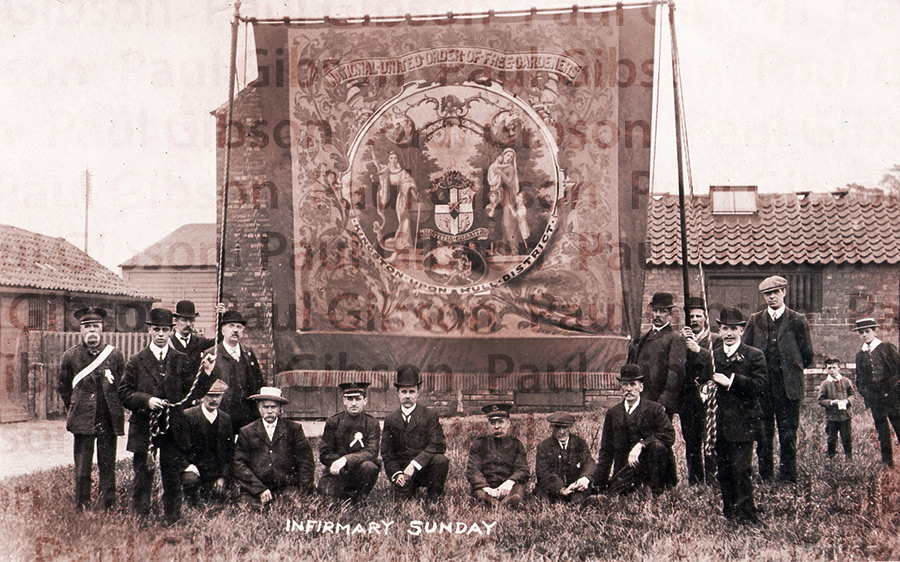