The Carnival Inn held an ‘on-licence’ from 1971 according to licensing records, as well as licenses for music, dancing and meals. It was originally owned by Hewitt Brothers of Grimsby, and it was Hewitt Bros that was responsible for its construction, in fairly typical late 1960s-early 1970s design. The licence for the new pub was transferred from the Royal Vaults pub in Barton (see later), which had closed in 1961. Nestled away on the west-side of Tofts Road, it was a good example of the simple square-box architecture prevalent at that time, and was very much a locals pub by virtue of its situation well off the town centre pub route, often used for functions and parties. The Scunthorpe Telegraph reported on the opening of the pub: 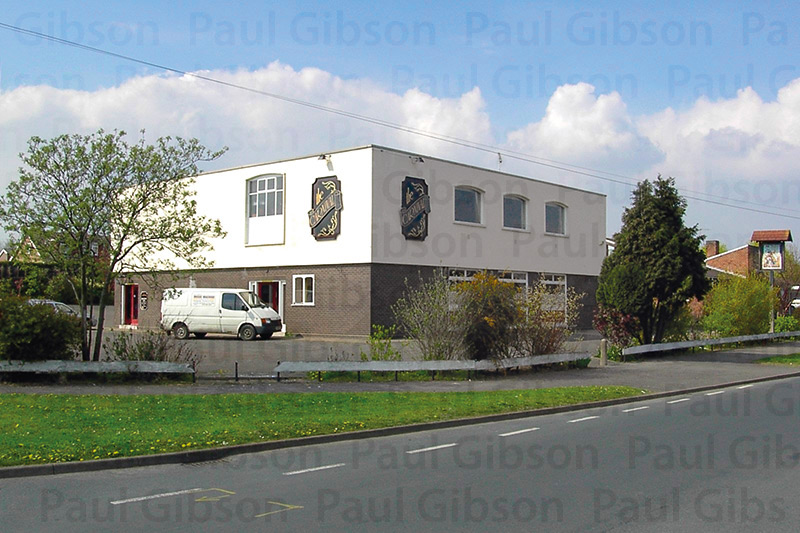 ‘The Carnival, in Tofts Road, was £74,000 worth of modern design and luxury to slate the thirsts of drinkers in the early 1970s. It was said to be the first new pub to open in the town for about a century. As the new hostelry opened for business, older residents recalled some Barton pubs of the past that had closed. They included the Waterside Inn – described as having being out on a limb on the riverbank – the Whitecross Tavern, the Wagon & Horses and the White Lion. People were wondering why a brewery, Hewitt Bros, was investing a considerable amount of money in a new pub at a time when many were closing and when the town’s population was holding steady at about 6,500. The answer came from Councillor Stanley Clark, chairman of Barton Urban Council, who performed the opening ceremony. He said: “Barton is on the threshold of great development. With the coming of the Humber Bridge, we are confident that the population is going to expand considerably and that we shall attract the light industry that we need in this part of the country.

That can only lead to increased prosperity for all concerned.” Mr Clark described Barton as a very old town with many old pubs. He said: “We are proud of them and of their history, but none has the facilities for the sort of functions we should like to have in Barton. I congratulate the brewery, as do my council, on providing such an amenity. It is going to be a boon and a blessing for the town.” Mr Clark was presented with the silver tankard in which he had just pulled the first pint. He said: “May I now launch the Carnival – and good luck to all who drink in her.”

Mr J M Hignett, Hewitt Bros’ managing director, made reference to the recent death of fellow director Francis Tindal, the tied-house manager, who had much to do with the creation of the Carnival. Mr Hignett said: “My colleagues and I have lost a friend, but I know he would have liked us to have enjoyed this opening. He was a man who was happy in his life and wished others to be happy also.” Hewitt Bros thanked main contractors H Ashton and Son, of Barton, for an excellent job, completed in nine months.

Drinkers visiting the Carnival on opening night were immediately struck by the lounge’s vast mural depicting swings and roundabouts, traction engines, which used to generate the power and light for the rides, and a range of other features representing all the fun of the fair. The alcoves boasted decor of red and white candy stripes, while placed above the bar counter was a row of ducks – illuminated as if in a rifle-shooing gallery. Rows of targets were positioned behind the bar, to further reinforce the theme. The floor was laid out in chequerboard squares of the type found in fun fair and seaside arcade roll-a-penny attractions. Upstairs, the Fiesta Suite was decked out ready for functions and there was a three-bedroom flat for mine hosts Ernest and Sheila Hildrith. They had been at Barton’s Blue Bell for about eight years. Earlier in his working life, Ernest had spent 20 years on trawlers. The function suite could hold up to 120 guests, catered for in the adjoining kitchen. A small stage was also provided by Hewitt Bros in the design, undertaken by their own architect’s department.’

‘A team has been working at the Carnival Inn on Tofts Road, Barton, which is owned by the Salvation Army Trustee Company. The demolition should be finished within three weeks and the main building is already largely demolished. Plans were originally put in for the site to be transformed into a Salvation Army Worship and Community Hall. Lieutenant Colonel Mike Caffull, divisional commander for the Salvation Army in the East Midlands, confirmed the organisation was still assessing the best use for the site’.

Some references to the Carnival: