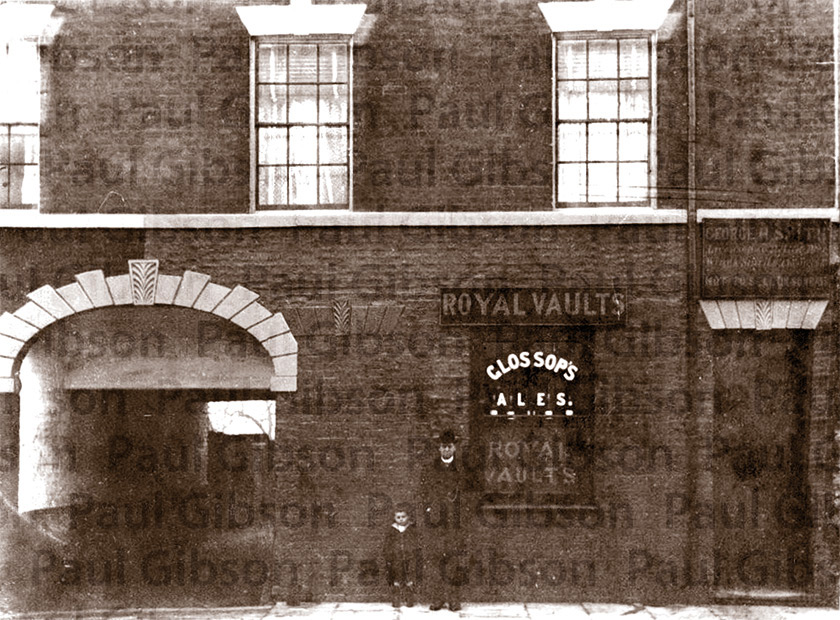 The Royal Vaults in the late 1890s. Note the Glossop’s brewery lettering on the window, and the ghost of the old doorway, from when it was originally built as a part of a terrace of dwelling houses.

The Royal Vaults was listed by name in a trade directory of 1872, when it was also the premises of a draper, a grocer and a wine & spirit merchant, although it had possibly been open as a pub prior to that date. The wine & spirit merchant – Robert James Wells, had married just a year earlier in 1871.

In November 1888 a fire caused havoc at the premises adjoining the pub, as this report from the Sheffield & Rotherham Independent newspaper recorded:

‘Shortly before midnight a fire broke out at the premises of Mr Thomas Page (late Gosling) at the Royal Stores, Waterside Road, Barton. The alarm was given by Mr James Downey, of the Royal Vaults, which were under the same roof. The fire engine belonging to the local board was soon in attendance. The tide was low in the Haven, but the feeding and service pipes were soon attached, and the engine played on the burning debris, but to no purpose except to preserve the adjoining buildings. The house and shop were a total wreck the next morning and the loss is estimated at between £800 and £1,000.’

The building itself appears from its architectural detail to be early 19th century and built as part of a terrace of four large Georgian houses, some of which were later converted to a shop and the alehouse that became known as the Royal Vaults. A decorated lead rainwater head survives as one of the few embellishments to the simple Georgian design on the Grade II Listed Building. The photograph of the pub entrance from c.1897 seen below shows a Glossop’s Brewery sign in the window – Glossop’s was a brewery based in Hull, but local brewers Sutton, Bean & Co Ltd of Brigg ran the pub from c.1900. Despite this, Worthington’s ales were noted as the main brew in a 1914 advertisement. It’s licence was refused in 1908 but it resumed trading soon after, and was acquired by the Hull Brewery Co in 1925, following their take-over of Sutton, Bean & Co. Hull Brewery were still recorded as the owners when its alehouse licence was renewed in 1932, and it was they who converted the pub in 1949 to more modern accommodation. The Royal Vaults held the only six-day licence in Barton.

Locals could purchase jugs of beer to take home from a small ‘snug’, entered from the archway at the side of the building and the pub was used as a meeting place for the Earl of Yarborough Lodge of the ‘Buffs’ friendly society.

Although it continued to be listed erroneously in Barton town almanacs until 1965, its licence was not renewed in 1962 and the pub closed in the same year – the last noted tenant was Mrs Frances Jagger. The pub found it very difficult to make a profit and closed in debt to the Hull Brewery; Mr Jagger had been ill for some time and the running of the pub was left in the hands of Mrs Jagger. Business declined and a net profit of just £178 in 1961, fell to £87 in the year ending March 1962. This level of trade was unacceptable to the brewery, which gave Mrs Jagger just three months notice to quit. The licence was maintained by the brewery and later transferred to the Carnival Inn, however the building was used for Bed & Breakfast accommodation, and was listed from 1967 until at least 1979, as the Royal Vaults B&B.

The building remains but has been converted into private dwellings (flats) and renovated. An attempt was made to return the building to its original appearance with a new downstairs window more in keeping with a house than the former pub window, and the whole of the front was rebuilt at a later date. 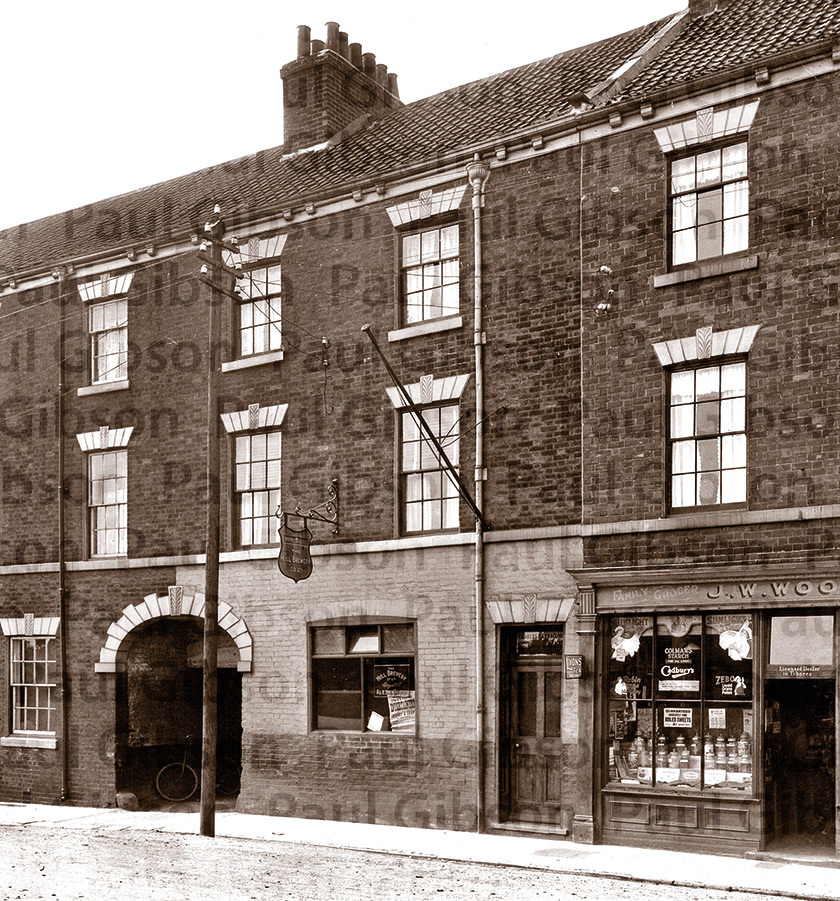 The Royal Vaults in 1926, just after being acquired by the Hull Brewery Co Ltd. The addition of a larger window had removed all trace of the original house door. The licensee’s name, Charles Barraclough, appears over the door. 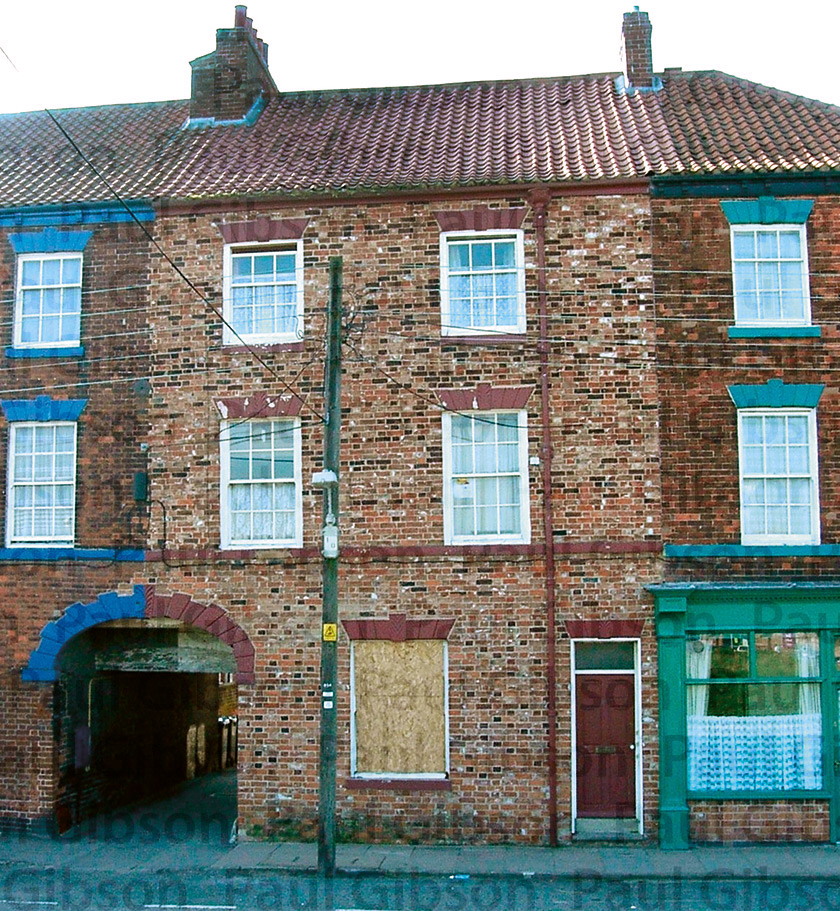 The former Royal Vaults as it appeared in late 2018.

Some references to the Royal Vaults: 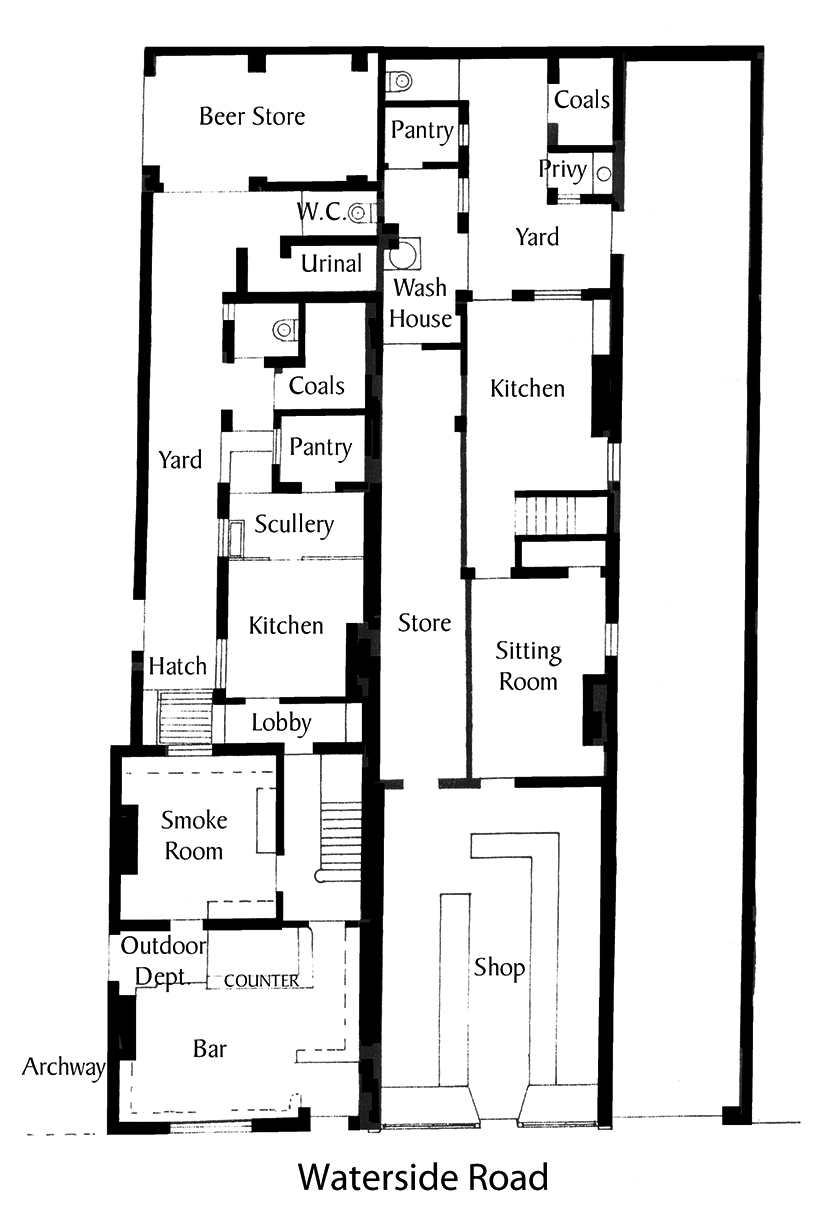 A plan of the Royal Vaults as it appeared in 1949.